The Webinar will discuss how affinity purifications can be performed at scale, the associated caveats, and how an interaction network can be used to predict a protein’s cellular properties, March 24, 2016 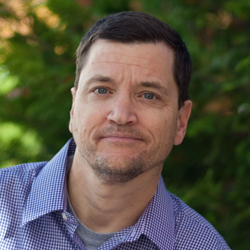 Thousands of protein-protein interactions combine to create a powerful network. The structure of this network drives cellular function and its organization underpins all biological inquiry. Scientists using high-throughput affinity-purification mass spectrometry have identified interacting partners for 2,594 human proteins in HEK293T cells. Consequently, the network that emerges (BioPlex) consists of 23,744 interactions, 86% unknown, among 7,668 proteins.

Cell Signaling Technology is sponsoring a new, free educational webinar, “BioPlex: a protein interaction network created from thousands of protein immunopurifications,” which will discuss the ways in which affinity purifications can be performed at scale and the associated caveats, and how an interaction network can be used to predict a protein’s cellular properties. PACE Continuing Education Credits will be offered.

The speaker is Steven Gygi, PhD, professor in the Department of Cell Biology at Harvard Medical School. A leading technologist, Dr. Gygi uses mass spectrometry to answer fundamental questions in normal and abnormal biology. He specializes in instrumentation advances for global cellular protein measurements. Dr. Gygi received his PhD from the University of Utah in the area of pharmacology and toxicology, and performed a postdoctoral fellowship with Ruedi Aebersold at the University of Washington. He joined the faculty at Harvard Medical School in 2000.

The complementary webinar, hosted by LabRoots, will be presented on March 24, 2016, at 10 am Pacific Time/1 pm Eastern Time.

About LabRoots:
LabRoots is the leading scientific social networking website and producer of educational virtual events and webinars. Contributing to the advancement of science through content sharing capabilities, LabRoots is a powerful advocate in amplifying global networks and communities. Founded in 2008, LabRoots emphasizes digital innovation in scientific collaboration and learning, and is a primary source for current scientific news, webinars, virtual conferences, and more. LabRoots has grown into the world’s largest series of virtual events within the Life Sciences and Clinical Diagnostics community.