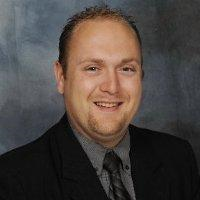 The president’s last budget proposal offered to the American people is like the stereotypical boyfriend buying Valentine’s Day gifts at the gas station: a bag full of failed, tired ideas that no one really wants or needs.

President Barack Obama yesterday submitted his proposed Fiscal Year 2017 federal budget, the last of his presidency. The $4 trillion plan includes a $10-per-barrel tax on oil; $1.3 billion for the Global Climate Change Initiative (GCCI), which includes $750 million for the Green Climate Fund; a doubling of spending on clean energy research from $6.4 billion to $12.8 billion; $75 billion for universal pre-school and $9.6 billion for Head Start, both record levels, and $61 billion for free community college; and more spending on Medicare as part of the Affordable Care Act.

The following statements from public policy experts at The Heartland Institute – a free-market think tank – may be used for attribution. For more comments, refer to the contact information below. To book a Heartland guest on your program, please contact Director of Communications Jim Lakely at jlakely(at)heartland.org and 312/377-4000 or (cell) 312/731-9364.

“The president’s last budget proposal offered to the American people is like the stereotypical boyfriend buying Valentine’s Day gifts at the gas station: a bag full of failed, tired ideas that no one really wants or needs.

“Obama should have ditched the gas-station roses, green-energy handouts, and other ideas proven not to work, like universal pre-K schooling and Head Start. Obama should have actually tried to put together a budgetary bouquet that isn’t full of crabgrass and wilted flowers.”

“With President Obama’s last budget we see the final push to fundamentally transform our country and move more people to lower income brackets by further weakening the economy. It is a budget written by cronies for cronies at the expense of the people. Higher taxes, more dependency on government, picking winners and losers – exactly what we expect from this administration.

“On energy, moving on from his ‘success’ with the coal industry, the president wants a $10/barrel tax on oil. The increased cost will be passed on to consumers, hitting the poor and elderly the hardest, and the government will give the tax money to the global warming profiteers. With this budget the president also doubles down on the failed federal role in education and health care. The laws of unintended (or is it intended?) consequences are ignored and we move farther and farther from a free-market economy.

“Progressives are never held accountable for their actions and they always have a scapegoat. Energy costs must necessarily skyrocket, the price of everything from transportation to groceries will go up, more Americans will lose their jobs and it will be blamed on the oil companies or the Bush administration.

“President Reagan offers the best summary of President Obama’s budget: ‘Government’s view of the economy could be summed up in a few short phrases: If it moves, tax it. If it keeps moving, regulate it. And if it stops moving, subsidize it.’

“The only silver lining is that this is President Obama’s last budget.”

“President Obama says his 2017 budget reflects his ‘priorities.’ In case there was ever any question, it does make his energy positions perfectly clear. Once again, in proposing an outrageous $10 a barrel tax on oil and making the tax credits for wind and solar permanent, he’s shown that his priorities are more expensive energy, which would take away one of America’s competitive advantages provided by cheap energy.

“Increasing the cost of transportation fuels and electricity hurts consumers and our ability to make and sell goods. Hopefully, the next president will understand the important role energy plays in making America great.”

“Using the same perverse incentives with which this administration entraps millions of Americans in poverty and government dependence, the president’s budget coaxes financially strapped states into federal assistance that is temporary and illusory.

“States enticed by the federal government’s offer to pay 90 to 100 percent of new Medicaid expansion costs should recognize this as the last, infectious gasp of the Affordable Care Act.”

“President Obama once again prioritizes the government education complex instead of prioritizing the educational needs of individual students. The budget continues funding programs that have short-term effectiveness and no long-term educational gains.

“Providing monies directly to states would allow the states to effectively direct funds to the needs of their citizens instead of dictating programs from the federal government.”