Each film covers a unique aspect: sources of growth, sprawl and development, and environmental damage. 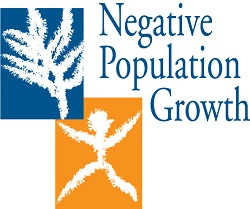 Even at less than 1% annually, U.S. population growth adds over 2 million people per year. If we keep growing, what will America look like for our grandchildren?

On February 22nd the Bill and Melinda Gates Foundation released its annual letter, which focused on “opportunities we see to overcome [the] often overlooked challenges” of needing “More Time!” and “More Energy!” In his section of the letter, Bill Gates explored the world’s need for “More Energy” – and the challenges we face to provide it – highlighting a growing world population. Gates explained that as our human numbers rise higher and higher – and we thereby increase global energy demand – “most scientists agree that by 2050 we’ll be using 50 percent more energy than we do today.” In support of the Gates’ focus on world overpopulation and its serious impact on the environment, Negative Population Growth (NPG) is launching a new short video series today.

Titled "The Sources and Effects of Growth," the series of three short films – each approximately 2 minutes in length – aims to raise public awareness of the critical issue of U.S. population growth. NPG President Donald Mann explained: “Environmental issues are on the minds of most Americans today. Though there is an abundance of studies detailing the negative environmental impact of overpopulation in the U.S. – and many scientists agree that population growth is a serious threat to our environmental future, many of the facts and statistics remain largely unknown to the general public. These powerful visual tools can help millions of Americans draw the link between population growth and the resulting environmental consequences.”

Each of the three short videos will capture a different aspect of the debate over U.S. population growth, highlighting the dangerous consequences of our nation’s current pro-growth policies. In the first video of the new series, titled "The Sources of Growth," NPG analyzes the sources of U.S. population growth and asks viewers to consider some important questions: Why should we care about population growth if it amounts to less than 1% a year?; “Aren’t U.S. fertility rates low?;” and “How does immigration fit into U.S. population growth?” Film 2, titled "The Effects of Growth: Sprawl and Development," focuses specifically on urban sprawl and overdevelopment – exploring the true costs of this continued expansion on our nation’s infrastructure, economy, and environment. In the final film of the series, "The Effects of Growth: Environmental Damage," NPG gives audiences an inside look at the impact of population growth on America’s wildlife, water, and air – as well as U.S. greenhouse gas emissions, which contribute to climate change.

NPG President Don Mann noted: “Each of these brief films supplies viewers with the real facts – including the latest statistics from the U.S. Census Bureau, demonstrating the true scope of America’s population size and growth. The films demonstrate to viewers that – even at less than 1% annually – U.S. population growth adds over 2 million people per year. Even America’s ‘low’ fertility rates resulted in nearly 4 million babies born in the U.S. last year – an average of 1 birth every 8 seconds. And we are gaining 1 international migrant every 27 seconds. More people require homes, schools, hospitals, roads, transportation, water and food – which inevitably cause more pollution, place more strain on our infrastructure and social services, and demand more development and fossil fuel use.”

Mann concluded: “The films ask the question which has been long posed by NPG: ‘If we keep growing, what will America look like for our grandchildren?’ We must work now to slow, halt, and eventually reverse our population growth – or future generations will ultimately pay the price for our failure to act. To preserve a livable America, we must greatly reduce our population size until it reaches a much smaller, truly sustainable level.”

Founded in 1972, NPG is a national nonprofit membership organization dedicated to educating the American public and political leaders regarding the damaging effects of population growth. We believe that our nation is already vastly overpopulated in terms of the long-range carrying capacity of its resources and environment. NPG advocates the adoption of its Proposed National Population Policy, with the goal of eventually stabilizing U.S. population at a sustainable level – far lower than today’s. We do not simply identify the problems – we propose solutions. For more information, visit our website at http://www.NPG.org.