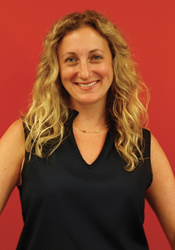 'Their work for our clients is extraordinary and they are key team members. We are thrilled to announce their promotion,' said Jon Seitz

MayoSeitz Media is one of the leading independent media agencies in the United States. MayoSeitz is one of a handful of independent media agencies to qualify and be accepted to the American Association of Advertising Agencies (4A’s), the leading industry association. MayoSeitz Media clients include VISIT PHILADELPHIA®, Subway, Dietz & Watson, Comcast SportsNet, Philadelphia Phillies, Penn Medicine, Sunoco, Stripes® Convenience Stores and Trex, among many others. For more information, please visit http://www.mayoseitzmedia.com.