From Author Everette O. Lemons (Third Reich RII, Jeannie-Centristasis, 2011, etc.) comes a new sci-fi novel about one man’s rare opportunity to travel through time and connect with the woman of his dreams. Romance, comedy, intimacy, philosophy, and mystery are all wrapped up in this epochal story of a time-contorted love affair. 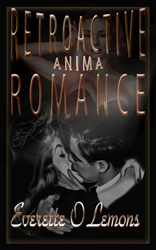 Define the process of human desire acquisition, and you define the entire context of human social existence.

In this new time-contorted romance novel, author Everette O. Lemons remains true to his conventional writing form by once again wrapping a science fiction story around complex philosophical inquiries–a crafty new novel that leaves the reader to critically ponder the true meaning of the general narrative. But this particular time, it becomes much more personal for the author; for the woman referred to within the novel is real, her name changed to protect her identity and privacy. As is always the case with this author, expect the unexpected, and never presume anything.

“… the story moves unhurriedly at first, though things eventually manage to get more curious and surprising. A classic story of nostalgia fulfilled, the narrative moves slowly but delivers a number of unexpected revelations. Of bigger interest to the reader is finding out what, if anything, it all means.”

He knew it was impossible, yet Edward Lewis had forever fantasized of being thrust back in time to fulfill his romantic dream with the woman he loved. Yet upon learning that such an old-fashioned love affair with the actress Miss Audra Monahan was indeed possible, a major dilemma suddenly confronts him. In order for Edward to exist within a period of time before the beginning of his present life, his current life would be extinguished as if it had never existed.

Yet Edward’s desire to retain relationships with friends, relatives, and other acquaintances within his current existence equaled his desire to meet the woman he so dearly loved. Edward would quickly realize that equal values of desire leave no room for sacrifice. Hence, upon dropping in on the year 1953 as a 21-year old young man, certain aspects of his current life, to include his smartphone, would tag along. But this would only add to the cloud of mystery hanging over his new existence, of which he could recall very little.

Such a circumstance would lead to the discovery of yet another life existing twenty-two years in the past. A life shrouded in mystery surrounding an ill-fated brain experiment that would not only cause the disappearance of a long-time federal agent's daughter, but would likewise thrust Edward twenty-two years into the future. But Audra would nevertheless fall in love with Edward, and amidst their romantic fervor, she would aid him in finding answers to who he really was. Yet such an endeavor will require them both to deal with elements of the past, present, and future for one shot at romantic perfection–romantic perfection that would occur within a coalescence of mystery, suspense, and mind-melding while ultimately being realized retroactively.

This book contains many graphical and dramatic scenarios, including scenes of eroticism, romance, philosophical opinions and discussions pertaining to real world issues, and likewise requires a certain measure of critical thinking.

This book is not intended for children or minors.