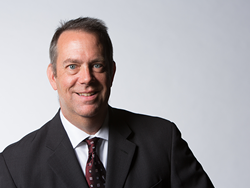 “These findings show what supporters of marijuana legalization knew would be the case – the cannabis industry has serious potential to boost Oregon’s economy. And this is just the beginning,” said Congressman Earl Blumenauer (D-OR).

The report, derived from data mined from a January 2016 survey of cannabis retailers throughout Oregon, indicates, conservatively, the retail sector of Oregon’s cannabis industry will create: 2,156 jobs, $46 million in wages, and an initial market of nearly $300 million (recreational, flower sales only, not inclusive of edibles and extracts) in the state.

“These findings show what supporters of marijuana legalization knew would be the case – the cannabis industry has serious potential to boost Oregon’s economy. And this is just the beginning,” said Congressman Earl Blumenauer (D-OR). “To support this emerging industry’s growth and job creation, we must level the playing field for these businesses by making sure they are taxed like all other businesses and have access to banking services.”

The key aspect of the report is that it provides a baseline for future analyses. The ultimate goal of the report is to inform the public policy discussion around Oregon’s cannabis industry so that elected officials, community stakeholders and the general public can make pragmatic policy decisions based on data, and likely trends as the policy and business landscape continues to change on a seemingly day to day to basis.

“The legal cannabis sector is creating jobs and opportunity around our state,” Oregon State Representative Ann Lininger (D-Lake Oswego) said. “Coupled with strong compliance and professionalism, legal cannabis businesses will demonstrate they are a positive addition to a community's jobs base.”

The survey findings suggest that sales, employment and future prospects for growth are generally lower for medical only dispensaries than for medical/adult use dispensaries. These indicators are also affected by location where certain local government restrictions have only allowed already established medical dispensaries to continue to operate after passage of Oregon's HB3400, but have not permitted new cannabis retail establishments to open.

About the authors
J. Hildegard Hinkel, MPH, conducts public health and economic research and analysis for local and national organizations. Hinkel has a Master’s in Public Health from the State University of New York.

Beau Whitney is vice president of Golden Leaf Holdings, one of the largest cannabis oil and solution providers in North America. Whitney is also an active professor of economics, and founder of Whitney Economics.

Sam Chapman is principal of New Economy Consulting, a political and business-consulting firm made up of policy experts, business consultants, researchers and lobbyists focused on advising entrepreneurs and investors in the cannabis industry.