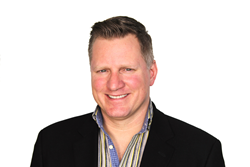 In his new role, Ferrazano will be overseeing the agency’s creative efforts in the Chicago and LA offices. He reports to Nancy Finigan, president of those offices.

“As Sandbox continues to grow, with a larger and more diverse client base, we need a different framework and greater structure,” said Finigan. “Joe brings large-agency expertise, knowledge and methodology to our more personal culture, making him the perfect candidate for the job,” she said. Noting the need to infuse big agency thinking with Sandbox’s more family-like environment, she pointed to Ferrazano’s deep experience in both the consumer and professional arenas and proven track record in developing both digital and traditional media campaigns. “Joe is a perfect fit for the job and will play a key role in building our creative prowess in the field,” she said.

Ferrazano has received numerous industry awards for creative excellence, including an MM&M Award, DTC National Advertising Award, Rx Club Award and a “Best of New York” Award from the Advertising Women of New York. His work has also been featured in MedAdNews, Graphis and Creativity Magazine.

Prior to joining Sandbox, Ferrazano served two-year stints as VP, associate creative director for digital and print media at two leading New York healthcare agencies: Most recently at Saatchi & Saatchi Wellness, where he worked on major DTC accounts; and earlier at DraftFCB, where he launched several global consumer brands. Before that, he spent six years at Grey Healthcare Group, most recently as VP, associate creative director.

Ferrazano, 45, received a Bachelor of Fine Arts in Advertising from the School of Visual Arts in New York City.

About Sandbox
Launched in 2016, Sandbox is an independent, full-service agency formed by four complementary entrepreneurial agencies united by a "play well together" ethos of collaboration. Headquartered in Chicago, Sandbox operates from seven locations across the U.S. and Canada. Its roster of clients includes some of the most respected names in human and animal healthcare, agriculture, biotechnology, financial services, travel, and consumer products. To learn more, visit sandboxww.com.