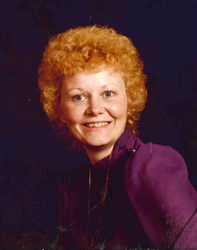 I was proud to have strong women mentors as well as being a strong leader paving the way for other women in the military and civilian roles at AAFES.

Multiple award winning plumbing company in San Diego, Bill Howe Family of Companies, has been family-owned and operated for over 35 years. Maintaining core values of exceptional customer service, quality work at reasonable rates, and giving back to the community has driven their success and made them a leading name in San Diego plumbing, and other services including heating & air conditioning and restoration & flood remediation.

In 1980, the YWCA pioneered programs to recognize outstanding achievements of their female employees leading to the National Program, TWIN (Tribute to Women in Industry). The inspired awards honor women across sectors and titles who make significant contributions to their industry, perform outreach, support their community and humanitarian efforts. The TWIN raises funds for YWCA programs such as Becky’s House Domestic Violence Programs, the Passages Program and Cortez Hill Family Center.

Debra Baynard is the sister of Bill Howe, and began working with the company most recently in 2009 as a consulting account manager when they opened Bill Howe Restoration & Flood Services, Inc. However, she spent 22 years with AAFES (Army and Air Force Exchange Services). She began as a cashier and was promoted into a management position after five years. After her husband’s retirement, he career flourished and she traveled across the country, and overseas, building, overseeing, and operating multiple AAFES locations. Her resume, accomplishments, and work with AAFES is impressive and earned her accommodations from U.S. Generals, as well as her peers. When she retired in 2001, she held the civilian rank of a Lieutenant Colonel and received the Meritorious Award for her service.

“When I first started as a cashier, I looked at the management team and saw that women only made it so far,” said Debra Baynard. “I wanted more and took every training course, opportunity, and example available and slowly scratched away at the glass ceiling. I was proud to have strong women mentors as well as being a strong leader paving the way for other women in the military and civilian roles at AAFES.”

Debra Baynard was recognized as one of sixteen honorees at the 18th Annual TWIN Ceremony held at the Grand Hyatt and with Keynote Speaker, Anna Deavere Smith. Debra’s daughter, Amber Baynard, Human Resource Mnager, received the TWIN Mentor Award at the 2014 ceremony for the Bill Howe Family of Companies.

For more information about the San Diego plumbing company and the additional services offered at the Bill Howe Family of Companies, visit http://www.billhowe.com, or to speak with Bill or Tina Howe regarding this announcement, contact Bill Howe Marketing Director, Julie Riddle at Julie(at)billhowe(dot)com.