Largest data findings of its kinds in the U.S. to date shows correlation between the number of eggs women need to freeze by age and the number of children they can expect to have. 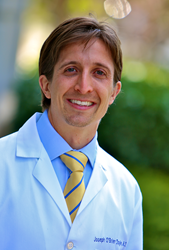 We stand behind our research and recommendations—for women younger than 38, we recommend freezing 15 to 20 mature eggs, giving them roughly a 70 to 80 percent chance of at least one live birth.

Shady Grove Fertility has published the largest study in the U.S. on pregnancy rates from egg freezing. The overall goal of this study was to measure the probability that women—according to their age at the time of egg retrieval and the number of eggs frozen—will go on to have at least one, two, or three children using their frozen eggs at a later date. The study design included four different groups: women who electively froze their eggs, women who needed to freeze their eggs unexpectedly during a fresh in vitro fertilization (IVF) cycle, couples who electively chose not to fertilize all of their eggs, and women freezing prior to cancer treatment.

The study compared success rates based on the different stages of the process: from thawing the eggs, to fertilizing the eggs through intracytoplasmic sperm injection (ICSI), embryo and blastocyst formation, to implantation of the embryo, and then having a baby. Of the 128 IVF cycles from egg freezing, 32 cycles were for women who had electively frozen their eggs and returned with the desire to achieve pregnancy.

Through December 2014, Shady Grove Fertility physicians had performed 1,171 egg freezing cycles for 875 women intending to use their eggs later for IVF treatment. As of January 2015, 117 of these women returned to undergo 128 egg thaw cycles, using a total of 1,283 frozen eggs.

The results from these 128 egg thaw cycles included 51 viable pregnancies, resulting in 55 children and 8 more on the way at the time of the study (12 of the pregnancies were twins). In addition, 62 good quality blastocysts remain in storage from these warming cycles for future attempts.

“Shady Grove Fertility started a dedicated Egg Freezing Program in 2009; ever since, we have worked tediously to improve treatment options—not only to improve the egg freezing technique but also to ensure the best possible outcomes for women when they return to have a baby,” says Doyle. “We are proud to be able to publish delivery rates that will better inform women of the opportunities available through egg freezing,” adds Doyle.

About Shady Grove Fertility
Shady Grove Fertility is a leading fertility and IVF center of excellence offering patients individualized care, innovative financial options, and pregnancy rates among the highest of all national centers. Since 1991, more than 40,000 babies have been born to patients from all 50 states and over 35 countries around the world. Shady Grove Fertility physicians actively train residents and reproductive endocrine fellows and invest in continuous clinical research and education to advance the field of reproductive medicine through numerous academic appointments and partnerships with Georgetown Medical School, Walter Reed, and the National Institutes of Health. Today, 34 reproductive endocrinologists, urologists, Ph.D. scientists, geneticists, and more than 600 highly specialized Shady Grove Fertility staff care for patients in 18 full-service offices, and five satellite sites throughout Pennsylvania, Maryland, Virginia, and Washington, D.C. For more information, call 1-888-761-1967 or visit ShadyGroveFertility.com.