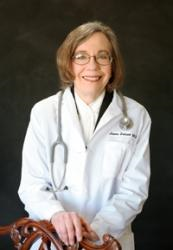 It’s about time for the administration to be required to follow the law. What arrogance to spend money that has not been appropriated and that we don’t even have!

U.S. District Court Judge Rosemary M. Collyer on Thursday ruled the Obama administration violated the U.S. Constitution by funding the Obamacare subsidy program when the House of Representatives declined to fund it. The subsidies, a key element of the Affordable Care Act, are meant to allow low-income Americans afford health insurance under the program. The judge said she is saying implementation of her decision pending an appeal "by either party." (Collyer's decision: Civil Action No. 14-1967; United States District Court of Appeals for the District of Columbia. Original case, House v. Burwell from September 9, 2015 )

The following statements from health care policy experts at The Heartland Institute – a free-market think tank – may be used for attribution. For more comments, refer to the contact information below. To book a Heartland guest on your program, please contact New Media Specialist Donald Kendal at media(at)heartland(dot)org and 312/377-4000 or (cell) 847/877-9100.

“It’s about time for the administration to be required to follow the law. What arrogance to spend money that has not been appropriated and that we don’t even have! But the court has stayed the decision – and the people who are getting the unlawful subsidies already feel entitled to them. What next? Will the appeals court rule that Congress is irrelevant? Or will Congress make itself irrelevant by appropriating the money?”

“Two cheers for federal district Judge Rosemary Collyer for her decision in House of Representatives v. Burwell! Why not three?

“Although rightly called ‘a needed check on the White House’s authority’ and, by House Ways and Means Committee Chairman Kevin Brady, ‘a critical step in protecting Congress’ power of the purse from an administration that has repeatedly ignored a fundamental principle of our Republic: the separation of powers,’ the decision permits unauthorized White House spending to continue pending appeal.

“Given the makeup of the D. C. Circuit, which will hear the appeal, and the propensity of Chief Justice Roberts of the U.S. Supreme Court to invent ambiguities where they don’t exist in order to save what the late Supreme Court Justice Antonin Scalia rightly suggested should be called “SCOTUSCare,” don’t necessarily expect this one to last.

“Still, the only thing necessary for ignorance or evil to triumph is for good people to do nothing, and Judge Collyer has at least struck a much-need blow for common-sense statutory construction and a proper respect for constitutional separation of powers.”