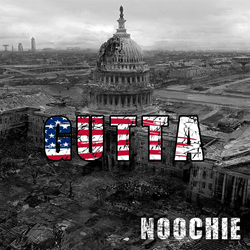 Today Coast 2 Coast Mixtapes and Team Bigga Rankin announce the release of "Gutta”, the latest single by DMV native Noochie. This track delivers hard hitting bass lines with an uplifting message. Noochie proudly puts DC on his back and is ready to bring his city out the "GUTTA". The single is currently available for streaming at the Coast 2 Coast Mixtapes website.

Noochie is currently seeking press opportunities, interviews, features, and more. He can be reached through his official Twitter page.

About Noochie: A listen to 20-year-old DMV-native Noochie quickly reveals an artist who listens just as much as he speaks. A certified engineer, Noochie is equipped with an ear for music that goes beyond the usual trap-inspired tunes of his peers within and outside of the DMV. While many artists strive to create a singular sound by which they can define themselves, the 20-year-old rapper rejects that notion all together, hoping that each song is its own experience that simply adds to a greater one. Thus, differentiating is where Noochie excels most. He nods to the artists he looks up to while adding his own essence to each track. His versatility combined with his fan-first approach to making music sets him apart from the sounds of his region and radio as displayed with his new song titled: Gutta which is currently heating up the radio airwaves as well as quickly spreading virally online. The future is looking very bright for this Hiphop artist out of the DMV. For all the latest music by Noochie, be sure to check out his official Soundcloud page.