Entrepreneur and IT expert Monica Eaton-Cardone applauds the introduction of fingerprint-activated credit cards as a critical step in preventing credit card fraud, and calls for biometric technology to be applied to online transactions as well. 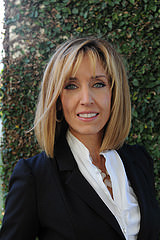 To succeed in reducing overall losses, developers must broaden the application of biometric technology to combat all types of card fraud.

According to The Nilson Report (4), card fraud contributed to $16.31 billion in losses worldwide in 2014, with the United States accounting for $7.86 billion of that total—nearly half of all losses. These figures include losses incurred from counterfeiting, CNP fraud, fraudulent application, and lost and stolen cards. The report predicts that global card fraud will exceed $35.54 billion in 2020.

In an effort to reverse those steadily increasing fraud losses, Zwipe and MasterCard partnered in 2014 to launch the world’s first biometric contactless payment card with integrated fingerprint sensor following a successful pilot with Norway’s Sparebanken DIN (1). Last September, Visa announced its trial of a new biometric card design based on the EMV chip standard, which supports match-on-card authentication using a biometric reader at ATM terminals (2). And at last month’s Smart Card Alliance Payments Summit, SmartMetric debuted its EMV-compliant biometric credit card, which uses a sub-micro fingerprint reader within the card to verify the user’s identity and activate the card (3).

“Technology is evolving at a rapid pace to address rising credit card fraud. EMV chips have helped thwart counterfeit cards, and biometric technology can prevent fraudsters from using stolen cards—it’s no longer simply a matter of forging a signature or hacking a PIN,” said Eaton-Cardone. “Fingerprint validation can be a very effective way to combat point-of-sale fraud, and it’s already being used with smartphone digital wallets, such as Apple Pay. Yet with a growing number of criminals turning to CNP fraud, the industry urgently needs to provide biometric safeguards for online transactions.”

While newer smartphones and the next generation of biometric cards may have a built-in fingerprint reader, fingerprint verification is not currently compatible with older phones, laptops or desktop computers. Because of these limitations, Eaton-Cardone calls for developers to create and implement other biometric verification tools that can be used with existing devices to combat CNP fraud. Since most mobile devices and many computers have an integrated camera and microphone, she considers facial recognition and voice recognition to be promising options.

“The ability to embed miniature fingerprint readers within a credit card is an exciting development. However, I believe the payments industry could benefit substantially by leveraging existing facial recognition and voice recognition technologies to enhance the security of online transactions,” asserted Eaton-Cardone. “Evidence suggests that EMV chip cards have already started driving a greater proportion of credit card fraud to the online channel, so it’s important to act quickly to improve the security of online transactions. To succeed in reducing overall losses, developers must broaden the application of biometric technology to combat all types of card fraud.”

Monica Eaton-Cardone has earned renown as an IT expert for her role in building the technology behind several successful chargeback management solutions as well as her efforts to educate eCommerce merchants on fraud prevention tools and strategies. She will be speaking on these topics at the upcoming Ticket Summit in Las Vegas, and is also available for interviews and other speaking engagements. For further information, visit http://monicaec.com.

Monica Eaton-Cardone is an entrepreneur and business leader with expertise in technology, eCommerce, risk relativity and payment processing solutions. She has co-founded a number of successful companies, employing 350+ people globally. With the advent of “friendly fraud” expanding from the U.S. to other countries, Eaton-Cardone recognized the necessity to protect the global economy from illicit chargeback threats; hence, Global Risk Technologies (GRT) was established. She currently serves as the CIO of GRT, an international organization with subsidiaries in the U.S.; Chargebacks911; and eConsumerServices. She additionally continues to hold the position of COO of Chargebacks911. Eaton-Cardone has earned a reputation for creative business solutions, helping merchants and banks to achieve sustainable payment processing practices and supporting consumers in resolving transaction issues. She is a champion of women in IT, and hopes to contribute to an expanded presence of females in technical professions and leadership roles.