Producer of Star Wars and Indiana Jones trilogies has selected agency for sales and distribution. 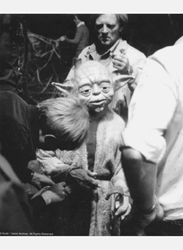 Robert Watts’ remarkable career stretches back to Stanley Kubrick’s 2001: A Space Odyssey. Along the way, he has worked with George Lucas and Steven Spielberg to help create some of the most popular and influential movies of all time, including Star Wars Episodes IV: A New Hope, The Empire Strikes Back, Return of the Jedi, Raiders of the Lost Ark, Indiana Jones and the Temple of Doom, Indiana Jones and the Last Crusade, as well as Who Framed Roger Rabbit. His newest collaborations are with Italian songwriter Mauro Repetto, and French writer Typhanie Soulat.

“With Real Big Hits, we encounter an opportunity to create a bridge between our content and content buyers,” commented Robert Watts. Real Big Hits, an Empress company, is a leading global content market place and sales agency for creative content. The RealBigHits.com portal is built on proprietary eMAM™ platform developed for Turner Broadcasting six years ago. Today it powers some of the largest broadcasters in the world, such as Cartoon Network, CBN, Discovery Network, HBO, Ideas del Sur, TBS, TNT, truTV, Cisneros, and Warner Brothers. Real Big Hits works with its global network of thousands of distributors and buyers to provide talented creatives and companies worldwide with funding, co-production, licensing and sales of their creative content.