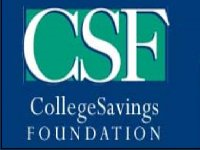 “This generation of high school students seems to view higher education with the purpose and discerning eye of a knowledgeable consumer." -- Mary Morris, Chair of CSF

High school students across the country are seeking higher education choices that are more affordable and targeted to their career needs and earning potential. A full two-thirds – 66% --say that their future career plans will affect their school choice, up from 55% last year, according to just-released findings of the College Savings Foundation’s 2016 survey of high school sophomores, juniors and seniors.

Costs are looming large in many students’ plans: 78% said they were a factor in which college to attend; and 62% said that they have been a factor in deciding whether or not to attend college at all. 53% plan to live at home while attending college.

“This generation of high school students seems to view higher education with the purpose and discerning eye of a knowledgeable consumer,” said Mary Morris, Chair of CSF, which conducted the 2016 How Youth Plan to Fund College survey, the nonprofit’s the seventh annual.

Overall, students are considering affordable higher education options – and their mindsets are changing dramatically about options such as vocational schools:

61% of students said that the cost of in-state versus an out-of-state school affected their decision on where to attend college. Other factors affecting their decisions were:

High schoolers seemed to be making purposeful choices on what they had to do to save or pay for higher education.


Expenses are Topics of Conversation with Parents

The lines of communications between students and their parents appeared to be open, with topics including the following (allowing multiple choice answers):


Students said that their parents covering tuition and/or room and board have certain restrictions, such as having a certain GPA (40%); attending a public university (35%); attending a community college (34%); the need for the school to be close to home (29%), and an alma mater of a family member (11%).

In another interesting finding, much like President Obama’s daughter Malia, 20% are taking a gap year, up slightly from 17% last year.

In the long term, 87% of students plan additional study: 42% have plans for graduate school; 16% for medical school; 8% for law school, and 21% for lifetime learning.

For Charts and Graphs see: http://www.collegesavingsfoundation.org/pdf/YouthSurveyJuneReport2016.pdf