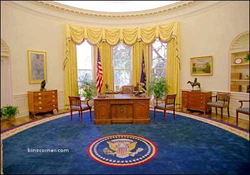 This is the very purpose of having delegates as a safeguard in the first place: to prevent the hijacking of the party by a dangerously rouge loose canon leading an angry mob. --James Lamb, DelegateRevolt.com Spokesman

Moments after U.S. Senator Marco Rubio (R-Florida), announced his decision to run for re-election, a former Rubio fundraising agent issued an independent statement today about the release of his new website, http://www.DelegateRevolt.com, a site aimed at denying the Republican "presumptive nominee" the presidential nomination at the convention. The website specifically disclaims being affiliated with the Republican National Committee or any particular candidate.

Website founder and spokesman James Lamb, who served the Rubio campaign as a volunteer "bundler" during the Senator's recent campaign for president from April 2015-March 2016, published remarks this week on the DelegateRevolt.com facebook page:

"Character and decency matter and the silent majority is tired of being silent," Lamb wrote.

"DelegateRevolt.com is a grassroots campaign to encourage 2016 Republican delegates to revolt against the "presumptive nominee," and enable themselves to vote their conscience to nominate a true conservative with the character and leadership worthy of the position of President of the United States of America," Lamb said.

Lamb suggested that the delegate process in place specifically exists to deal with political situations like this gone awry, calling the delegates "champions of decency" and "guardians of the party's platform and reputation:"

"This is the very purpose of having delegates as a safeguard in the first place: to prevent the hijacking of the party by a dangerously rouge loose canon leading an angry mob. Indeed, the delegates are the RNC's Quality Assurance team and our best line of defense against a hostile takeover by nothing more than a common street bully," Lamb said, referring to New York billionaire businessman and reality television star Donald Trump.

Lamb, a political activist also from New York, spelled out the case for the revolt during an interview with Duke Machado on the "Patriot Insight" blog talk radio program last Sunday night. The playback is available here.

Lamb said his site was immediately embraced by hundreds of disgruntled Republicans, mostly his Rubio supporter followers, on social media and that he expected the numbers to quickly rise into the tens of thousands as site supporters help build the movement's momentum. He asked, however, that the media spotlight stay on the courageous delegates who are actually leading the charge:

"I want to make something perfectly clear, here," Lamb said. "DelegateRevolt.com is a grassroots site offered in an auxiliary capacity in furtherance of the efforts of the delegates who are leading this charge like Kendal Casey Unruh and Regina Thompson. This battle can only be fought from within by the delegates themselves at the Convention. We are non-delegates with a vested interest in the outcome of this process who are supporting the more broad "Free the Delegates" movement for the delegates to Dump Trump at the RNC Convention in Cleveland starting July 18th. Our aim is to encourage all delegates to get on the Dump Trump Bandwagon for the party's sake and America's sake," Lamb said.

Lamb confronted anticipated charges of orchestrating to 'steal' the election from Trump head on:

"Mr. Trump chose to run as a Republican rather than an Independent. With that decision, comes a two step process. (1) He needed to secure victories in the primaries; and (2) he needed maintain the confidence of the delegates to secure the nomination. The delegates each have a conscience and are not there to blindly rubber stamp against their own personal convictions given such an unusual scenario. This has been a unique cycle and Mr. Trump is a unique candidate, to say the least. Through his demeanor and temperament, he has simply lost the confidence of many delegates. Of course, if the party does decline to give him the nomination in July, he is free to run as an independent from then until the November election, but that would probably result in a Clinton victory. But that may have been the plan all along," Lamb said.