With a career that has spanned leadership positions at many leading healthcare organizations and medical schools, Dr. Cassel is being recognized for her extraordinary work to elevate the roles of quality, safety, and cost controls in healthcare reform and in physician education across the U.S. 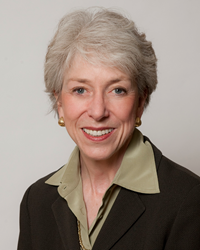 Dr. Cassel has shown true leadership across a spectrum of leading national organizations. Now she will will have a unique opportunity to redesign physician education that will focus on the delivery of patient-centered care.

The National Center for Healthcare Leadership (NCHL), a not-for-profit that works to improve population health by enhancing the capacity of healthcare leaders, is pleased to announce that Christine K. Cassel, MD, planning dean for the new Kaiser Permanente School of Medicine, is the recipient of its 2016 Gail L. Warden Leadership Excellence Award. Dr. Cassel, former National Quality Forum (NQF) president and CEO, is widely recognized for reinvigorating the NQF and elevating the roles of quality, safety, patient outcomes, and affordability in healthcare reform. Initiatives implemented under her leadership continue to play a significant role in advancing quality improvement and filling gaps in measuring healthcare effectiveness across the U.S.

“Dr. Christine Cassel is a pioneer in applying quality measurement standards to the delivery of healthcare. And, as a prominent leader in many organizations and medical schools, she has earned a distinguished reputation for educating generations of physicians on the role that safety, quality and cost effectiveness play in achieving population health,” NCHL President and Board Chair Tim Rice said. “She has shown true leadership across a spectrum of leading national organizations. Now, as a founding member of the new Kaiser Permanente School of Medicine, Dr. Cassel will have a unique opportunity to redesign physician education that will focus on the delivery of patient-centered care.”

Dr. Cassel joined the NQF in 2013. Prior to that she was President and CEO of the American Board of Internal Medicine and ABIM Foundation where she spearheaded the highly influential "Choosing Wisely" campaign. Earlier in her career she served as dean of the School of Medicine and vice president of medical affairs at the Oregon Health & Science University and she was chairman of the Brookdale Department of Geriatrics and Adult Development at Mount Sinai School of Medicine in New York. She also has held professorships and appointments at the University of Chicago and the University of Pennsylvania School of Medicine. She was an early leader in the field of biomedical ethics, and now chairs the board of the Greenwall Foundation, which she joined in 1992.

In addition, she was a founding member of the Commonwealth Fund's Commission on a High Performance Health System, and served on the Institute of Medicine committees that wrote the watershed reports "To Err is Human" and "Crossing the Quality Chasm," and chaired influential reports on end-of-life care and public health.

Dr. Cassel is the recipient of numerous honors and awards. She is an Honorary Fellow of the Royal Colleges of Medicine of the UK and Canada, the European Federation of Internal Medicine and she is a Master of the American College of Physicians. In addition, she serves on the President’s Council of Advisors on Science and Technology. Dr. Cassel is on the editorial board of the Journal of the American Medical Association (JAMA), where she is also a contributing writer. She is a former president of the American College of Physicians, served on the boards of the Kaiser Foundation Hospitals and Health Plans from 2002-2013 and Premier from 2006-2013, and she was on the editorial board of the New England Journal of Medicine from 1994-2000.

Dr. Cassel will be honored on Tuesday, November 15, 2016 at the Leadership Award dinner at the Ritz-Carlton Chicago. This celebration, which brings together healthcare’s luminaries and notable leaders from the nation’s prominent health sector, academic, and research organizations, will be held in conjunction with NCHL’s annual Human Capital Investment Conference, and recognition of the 2016 Best Organizations for Leadership Development (BOLD). In partnership with Cielo Healthcare, NCHL will honor those healthcare organizations that are innovative, collaborative and resilient because leading in a complex and ever changing world requires cultures that are BOLD!

ABOUT THE GAIL L. WARDEN LEADERSHIP EXCELLENCE AWARD
The Gail L. Warden Leadership Excellence Award of the National Center for Healthcare Leadership is awarded annually to individuals who have made significant contributions to the health field, including the mentoring of future leaders towards the goal of transforming organizational performance and improving health and healthcare in the US. It is named for Gail L. Warden, founding chairman of the NCHL Board, Chairman Emeritus of Henry Ford Health System, and one of healthcare’s foremost leaders. The NCHL leadership award was established in 2005.

ABOUT THE NATIONAL CENTER FOR HEALTHCARE LEADERSHIP
NCHL is a not-for-profit organization that is an industry catalyst to ensure the availability of accountable and transformational healthcare leadership for the 21st century. Its vision is to improve population health through leadership and organizational excellence. For more information please visit NCHL’s website.