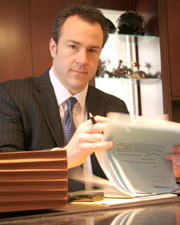 Over the last 20 years I've been involved in over 1000 motorcycle crashes. It's been my experience and government studies have also concluded – that intersections are the number one location where motorcyclists get hit by other motor vehicles.

The Southeast Michigan Council of Governments has released their 2015 car accident report for the state of Michigan. The new information reveals that southeastern Michigan has a particularly high amount of car accidents, in particular the counties of Macomb, Oakland, and Wayne. Grand Rapids, Kalamazoo, and Lansing also have higher than usual rates of auto accidents.

In Macomb County, the most dangerous intersections included:

In Oakland County, the dangerous intersections included the following areas.

The junction of Pontiac Trail and the M-5/Martin Parkway, located in Commerce Township

In Wayne county, several intersections were identified as being dangerous for drivers, including the following.

Knowledge is power, especially when it comes to things like preventing accidents. While it is always important to be very aware of the road conditions and the other drivers on the road, Michigan drivers should be especially careful at intersections. Avoid distracted driving of any type. Phone calls, video games, and changing the radio station can all wait until the vehicle is safely parked. Even a moment of distracted driving can result in a serious or even fatal vehicle accident.

Ultimately, the best thing that motorcycle riders can do to stay safe on the road is to remember defensive driving rules. Motorcyclists are more vulnerable on the road, so it is always wise to take extra precautions while entering the road, while taking exits, and while making turns. It is also highly recommended that motorcycle riders know their vehicle well and anticipate other drivers and their potential blind spots: Be aware of all the blind spots on the motorcycle as well as the blind spots that automobiles commonly have.