The message is clear, and one that is of deep importance to Jarvis Smith, principle songwriter for The Phoenix Rose; “love changes everything.” 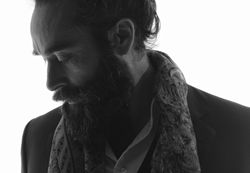 At the core of what inspires The Phoenix Rose is a connection to not only the human spirit, but the living, breathing planet as well.

Watch the new video for "Is This Luv" on PASTE Magazine

For the first single, “Destination,” The Phoenix Rose unleashed a propulsive rocker chock full of dark, worldly musical undertones. There were hints of reggae inside the verses, but overall the song landed firmly in the rock genre. “Is This Luv,” the follow up single, flips the script and delivers a bouncy, melodic tune steeped in reggae influences. The message is clear, and one that is of deep importance to Jarvis Smith, principle songwriter for The Phoenix Rose; “love changes everything.”

Produced by Native Wayne Jobson (No Doubt, Toots & the Maytals), and featuring the incomparable guitar work of Junior Marvin throughout, “Is This Luv” launches out of the gate with authority and urgency. The background synth rings like a siren, pushing forward the groovy jam as Smith and a stunning female vocalist repeat the mantra of the title. When the verses kick, Smith lays out his own belief that to fully know, understand, and embrace love is the only way to truly live life as intended. Not the artificial silver screen love, but the kind that resonates on a molecular level. The kind that Carl Jung spoke about when said “The meeting of two personalities is like the contact of two chemical substances: if there is any reaction, both are transformed.”

The effervescence never relents when it comes to the video, with a clip that shines a light directly on Jarvis and his infectious personality. As a cast of characters passes across the screen, each one is given a short moment in front of the camera and one by one they are infected by the joy and excitement of “Is This Luv.” Like a guiding light, is the radiant personality of Jarvis, opening himself up to the camera, constantly heightening the passion on screen. Many voices combine into one, and a whole new, brilliant sum is born out of these parts.

At the core of what inspires The Phoenix Rose is a connection to not only the human spirit, but the living, breathing planet as well. When he does step away from the music, Jarvis is also devoted to MyGreenPond.com Magazine, an ethical lifestyle title – distributed quarterly with the Guardian and partners – that reaches over 3 million UK readers. It’s this mentality that has allowed The Phoenix rose to embrace the common connection between all of us, and to masterfully articulate that the world has many more ties that bind than chasms that divide.

Watch the new video for "Is This Luv" on PASTE Magazine

Visit http://www.GYPSYPOPRECORDS.com and http://www.ThePhoenixRose.co.uk for more information on The Phoenix Rose.

Paste MagazinePremieres the new video "Is This Luv"