Clickstop Recognized as One of the Fastest-Growing Companies in America

The company made the Inc. 5000 list of fastest-growing private companies for the seventh year in a row. 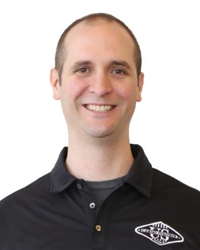 Being on this list again in 2016 was only possible because of the great people we have at Clickstop.

For the seventh consecutive year, Clickstop has ranked on the Inc. 5000 list of fastest-growing private companies in America. The magazine annually ranks the top 5000 companies experiencing rapid growth. For 2016, Clickstop ranked #3505 on the list.

“We’re extremely proud to be on the Inc. 5000 list for the seventh straight year,” Alex Ledger, Vice President of Sales and Marketing, said of this prestigious ranking. “Being on this list again in 2016 was only possible because of the great people we have at Clickstop.”

Clickstop experienced a 90 percent growth rate over the last three years, and revenue of $28.4 million in 2015. The company also ranked #15 on the magazine’s list of fastest-growing companies in the state of Iowa. Clickstop added more than 40 jobs in 2015, and is expected to bring another 40 onboard this year.

“We have amazing people here, and I’m proud to be a part of this growing team,” Ledger said.

Clickstop is the parent company of several brands in niche industries ranging from cargo control equipment to fasteners and reflective insulation. Clickstop CEO Tim Guenther founded the company’s flagship brand US Cargo Control in 2005. Over the last decade, the brand has boomed.

The US Cargo Control division of Clickstop is growing so quickly the company is currently undergoing a multimillion-dollar building expansion that will bring an estimated 100 new jobs to the eastern Iowa area by the end of 2018. Much of the expansion will focus on adding space to the company’s manufacturing area where employees assemble cargo control equipment like ratchet straps and cargo nets. The project is set to be finished this fall.

Clickstop first made the Inc. 5000 list of fastest-growing companies in 2010 with a ranking of #1122. The company has consistently made the list every year since. To see previous rankings and more information, visit http://www.inc.com/profile/clickstop.

About Clickstop, Inc.
Clickstop is the parent company of a suite of brands based in Urbana, Iowa. Its focus on great workplace culture has landed the company multiple work environment-focused awards including two first place achievements as the Coolest Place to Work. Clickstop serves diverse markets that include the moving and cargo control industry, energy efficient insulation products, and home organizing solutions. For more information visit Clickstop.com.