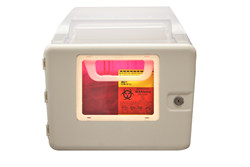 Attorney Heather Gibson filed a lawsuit on behalf of numerous California surgery centers alleging that Stericycle, Inc., a medical waste disposal company had overcharged the surgery centers (Santa Clara Superior Court Case No. 1-14-CV-272828). The complaint states that Stericycle allegedly overcharged the centers by developing a systematic scheme to increase monthly charges by a set percentage over various billing intervals, and attempted to justify the charges by tying the increases with the cost of doing business. The lawsuit further alleges that in actuality there never was a higher “cost” associated with the cost of doing business that correlated with the set increases in Stericycle’s charges. According to the complaint, the price increases, at times, amounted to a staggering 275% of the original monthly contract price, and simply constituted a tool to generate revenue for the company. According to Ms. Gibson, as reflected in court documents, one of her clients “saw its monthly charges increase from $700 to an exorbitant $2,631.20.” The complaint states claims for breach of contract, intentional misrepresentation, negligent misrepresentation, as well as unfair business practices, and false advertising.

That lawsuit was more recently consolidated with a nationwide class action in the Northern District of Illinois (Case No. 1:13-CV-05795) where Stericycle and various health care providers, including Ms. Gibson’s clients, have been embattled over class certification in the last few weeks. The court will decide whether all Plaintiffs’ claims, as submitted, are similarly situated enough to warrant class certification. Ms. Gibson remains counsel for the same Plaintiffs in the class action. Healthcare providers who are interested in learning more about this matter are encouraged to contact (408) 540-0233 for a free consultation.