Montana Code Girls makes a #CSforAll commitment to improve access to Computer Science education through the statewide expansion of its after school program. 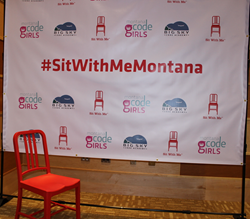 Participating in the White House #CSforAll initiative, gives Montana Code Girls the opportunity to showcase our efforts on the national stage.

Today, the White House announced new commitments made by organizations nationwide to President Obama’s #CSforAll initiative. Montana Code Girls joins over 200 organizations in making a commitment to continue to expand its after school program so that all girls in Montana have access to Computer Science (CS) education.

“In his 2016 State of the Union address, President Obama challenged the nation to offer “every student hands-on computer science and math classes” and Montana Code Girls does just that.” said Devin B. Holmes, Montana Code Girls and Big Sky Code Academy Founder. “We are excited to be part of the nationwide response to the President’s broad call to action to expand CS education in K-12 classrooms.”

With its inaugural statewide launch underway for the 2016 – 2017 academic year, Montana Code Girls has over 45 girls already registered to participate with a goal of 150 participants statewide. Montana Code Girls learn computer science and mobile app programming skills during the year and have an opportunity to compete for scholarship funds as part of the global Technovation Challenge. Montana Code Girls also launched its #SitWithMeMontana campaign earlier this summer joining the national Sit With Me campaign to validate and recognize the important role women play in creating future technology by taking a small but symbolic action: sitting in a red chair and sharing your story.

The White House will livestream the White House Computer Science for All Summit on Wednesday September 14th at 11am – 1pm MDT at: http://www.whitehouse.gov/live