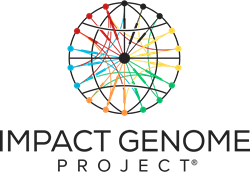 The government and nonprofit sectors have never had predictive data. In fact, it’s the only sector of the economy that only measures after they invest, not before.

A team of world-renowned researchers has “cracked the code” on why some social programs work and others don’t. The breakthrough holds tremendous promise for the future of government – allowing science and data, rather than politics, to guide policy decisions, budgeting, philanthropy and program design. It may also transform the very nature of philanthropy – leveling the playing field and allowing charities to be funded based on their results and likelihood for success, versus their size or reputation.

The Impact Genome Project®, a public-private partnership, creates a universal way to evaluate social programs – using evidence to analyze the program design (or “genes”) to determine its likely success.

“The government and nonprofit sectors have never had predictive data. In fact, it’s the only sector of the economy that only measures after they invest, not before,” noted Jason Saul, co-founder of the Impact Genome Project®. “Just as analysts use Bloomberg, attorneys use Westlaw, and lenders use FICO scores, policymakers and foundations will now have tools to benchmark and predict outcomes before they invest and maximize impact.”

The Impact Genome® was co-founded by Dr. Nolan Gasser, famed musicologist and architect of Pandora’s Music Genome Project®. The Impact Genome employs a systematic process to break down social science into standardized components, just as the Music Genome Project™ enabled Pandora to classify music using hundreds of distinct musical characteristics so that listeners could evaluate and compare songs they like. Both projects were inspired by the Human Genome Project, which empowered researchers to evaluate and improve health outcomes and transformed the field of medical research.

As Dr. Gasser explained, “The Impact Genome takes ‘genomic’ analysis to new and revolutionary heights, merging a standardized and elemental framework with state-of-the-art statistics grounded on empirical data—bottom line: we no longer have to guess what works.”

The commitment to develop the Impact Genome® was first announced by Mission Measurement Corp. at the 2014 Skoll World Forum in Oxford. Subsequently, in 2015, the first “Genome” – the Hunger Genome – was launched as a Commitment to Action at the Clinton Foundation’s Annual Clinton Global Initiative Conference. The Commitment was announced personally by President Bill Clinton, who noted, “This tool [the Impact Genome®] will save a ton of money and have a huge impact.”

Each Genome, including the Hunger Genome, systematically codes thousands of unstructured data points from program evaluations and research to quantify key factors that drive successful outcomes. In effect, this “genomic” model will aim to turn decades of esoteric research into actionable insights that enable users to predict the efficacy and cost per outcome for any social program.

More information about the Impact Genome Project® can be found at http://www.impactgenome.com. The tools are now publically available and free to all users who register.