CATMEDIA’s film, ‘Mnemosyne’ wrapped on Tuesday, September 20 in Atlanta, GA. This is the first feature film for CATMEDIA. 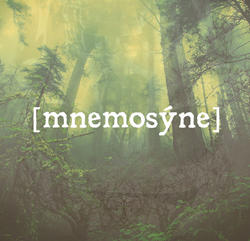 It was a great shoot with a lot of really talented, funny, hard-working people. The cast was phenomenal, the crew was fantastic, and I think we all came together to make something awesome.

CATMEDIA CEO Catherine Downey took on the roll of Executive Producer for 'Mnemosyne'. She along with approximately 40 cast and crew members traveled to Townsend, GA on September 5 to begin shooting the film. After two weeks in Townsend, the crew traveled to Atlanta for the last two days of the shoot.

According to William Warren, Director of ‘Mnemosyne,’ “It was a great shoot with a lot of really talented, funny, hard-working people. The cast was phenomenal, the crew was fantastic, and I think we all came together to make something awesome.”

'Mnemosyne’ is a southern-gothic drama with a sci-fi flare. Set on an isolated island off the coast of the southeastern United States, the story delves into the twisted world of a patriarchal cult that uses chemicals to alter and control the minds of its followers. “Mnemosyne” tells the story of Cam, the son of “The Pastor,” the tyrannical, charismatic leader of the island cult. Together with his best friend Hannah, Cam discovers the sinister nature of the island’s society. When Cam’s sister Reilly falls ill, Cam must find a way to get Reilly to safety, or watch her die. With the help of a few close friends, Cam and Hannah plan a daring escape to get Reilly off the island and to flee the cult, leaving behind everything that they know.

However, standing in their way is The Pastor, who will not tolerate any challenges to his authority. A cloak-and-dagger game of memory and manipulation ensues. Cam tries to save those closest to him, and innocents are caught in the crossfire as The Pastor tries to maintain control over the island. “Mnemosyne” takes a thoughtful look at authority, how societies are organized, and how and why we question the world around us.

'Mnemosyne' is currently in its post production stage. For more information on the film, please visit http://www.mnemosynemovie.com.

CATMEDIA is an award-winning Inc. 500 company based in Atlanta, Georgia. Founded in 1997, the company specializes in advertising, creative services, media production, program management, training, and human resource management. As a Women Owned Small Business (WOSB), CATMEDIA provides world-class customer service and innovative solutions to government and commercial clients. Current CATMEDIA clients include Centers for Disease Control and Prevention (CDC), Federal Aviation Administration (FAA), Office of Personnel Management (OPM), and the Department of Veterans Affairs (VA).
Stay Connected with CATMEDIA:
For more information on CATMEDIA and its services, please visit http://www.CATMEDIA.com
Like us on Facebook at https://www.facebook.com/CATMEDIASTUDIO/
Follow us on Twitter at https://twitter.com/CATMEDIATweet