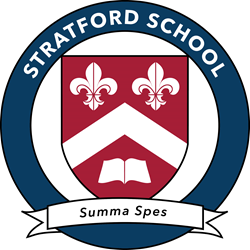 It's rewarding to see our students achieve this level of excellence. Many of them have been with us at Stratford since their preschool years. STEM learning truly begins at the preschool level and culminates with an outstanding middle school program.

Shreya Ramachandran of Fremont and Aalok Patwa of San Jose were awarded a trip to Washington, DC October 27-November 1 to compete for $100,000 in prizes. They will join 150 Broadcom MASTERS alumni who have achieved the highest national middle school STEM accolades. Shreya and Aalok were among more than 6,000 students nominated nationwide.

Monisha Gupta, Senior Director of Curriculum and Instruction at Stratford School, said, "Academic competitions are a cornerstone at Stratford. The strong foundation offered at Stratford helps our students excel in these opportunities every year. Students welcome a chance to compare their skills with the broader community and share their interests in these subjects.”

Shreya Ramachandran’s entry is titled, “The effect of Soap Nut Grey Water on the Environment.” Due to a drought, experts have encouraged California households to conserve water by not watering their lawns. Another water-saving choice is to use so-called grey water. Grey water might not be safe for drinking, but it still might work for other purposes. Used laundry water is one example, but, as Shreya notes, “Many commercial laundry detergents have harmful chemicals.” In contrast, she says, soap nuts are a natural detergent made from the Indian soap berry. Shreya tested how wastewater from washing with soap nuts might work for irrigation.

Aalok Patwa’s entry is titled, “Do I Grind? A Wearable System That Detects Bruxism Ahead of Its Effect on Teeth” One day Aalok’s dad woke up with a cracked tooth, which required him to undergo a root canal. It turned out that Aalok’s dad had bruxism, a condition where someone excessively clenches the jaw or grinds the teeth. Many people with bruxism experience jaw pain as a symptom. Oddly enough, Aalok’s dad hadn’t known he had the condition. “I decided to make a device that would inform someone if they had bruxism before the lasting damage occurred,” says Aalok.

“It's rewarding to see our students achieve this level of excellence. Many of them have been with us at Stratford since their preschool years. STEM learning truly begins at the preschool level and culminates with an outstanding middle school program,” expressed Sherry Adams, Stratford School Founder and Chief Academic Officer.

The Broadcom MASTERS were created to inspire students to pursue their passions and become the next generation of scientists and engineers. Their goal ties in directly with Stratford School’s goal, to inspire learning that prepares students for jobs that don’t exist…yet.

About Stratford School
Established in 1999, Stratford School is a leading independent private school founded on the belief that education is a significant influence in the life of a child. Stratford offers an accelerated curriculum from preschool through eighth grade with an emphasis in the areas of STEAM (Science, Technology, Engineering, Arts, and Mathematics) that incorporates music, physical education, foreign language, and social skills development. Stratford’s goal is to prepare and mentor students for admission to competitive high schools and colleges. All students are provided the necessary tools to excel, and are encouraged to participate actively in leadership, community service, and extracurricular activities. Visit http://www.stratfordschools.com for more information.

About Broadcom Foundation
Founded in April 2009, the Broadcom Foundation is a 501(c)(3) nonprofit corporation with its main mission to advance science, technology, engineering and math (STEM) education by funding research, recognizing scholarship and increasing opportunity. The foundation inspires young people to pursue careers in science, technology, engineering and math (STEM) through its signature programs, the Broadcom MASTERS® and the Broadcom MASTERS® International, premier science and engineering competitions for middle school students around the United States and the world. Learn more at http://www.broadcomfoundation.org/masters