5 Most Expensive States for Pet Insurance

See the 5 most expensive states for pet insurance in America. PetInsuranceQuotes.com shares data from their annual pet insurance cost analysis. 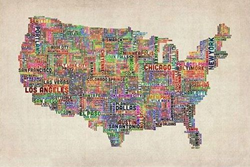 If you live in an expensive part of the country, generally speaking, your insurance rates will be higher.

The national average for an individual plan is $41 per month, but like most personal insurance products, some states are more expensive than others.

An in-depth analysis of 750,000 quotes over the past 12 months identified the 5 most expensive states for pet insurance in 2016.

The cost of pet insurance depends on several factors, including a pet’s breed, age and zip code. The cost of living is a significant factor in how much a pet owner will pay for insurance.

"Pet owners in these states benefit the most because of the higher the costs," explained Nick Braun, CEO of PetInsuranceQuotes.com. “The higher the premium, the more a pet owner can save by shopping around.”

Veterinary surgery in New York City is twice as much as veterinary surgery in Lawrence, Kansas and because pet insurers pay claims based on the actual vet bill they need to charge more for policies in expensive zip codes like New York, Los Angeles and San Francisco.

"Pet insurance is very similar to auto insurance," explained Braun. “In both cases rates are based on the likelihood of a loss and the cost of a claim. Folks who live in an expensive part of the country, generally speaking, will pay more for insurance.”