Largest malpractice award of its kind: $11.9 million malpractice verdict confirms that SSRI antidepressants can cause suicide. "The jury award confirms increasing judicial and public awareness that psychiatric drugs can cause violent and suicidal behaviors," according to the psychiatric expert Peter Breggin, MD. 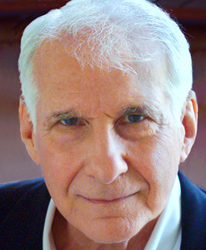 This $11.9 million verdict confirms the significant body of scientific evidence indicating that psychiatric drugs can cause violence and suicide

A jury has awarded $11.9 million in a suicide case involving the antidepressant Paxil (paroxetine). The patient killed himself in jail after a psychiatrist restarted him on the SSRI antidepressant.

The $11.9 million award was one of the largest jury awards of its kind in an antidepressant-related suicide case which concluded September 15, 2016.

The defendant was PrimeCare and several of its practitioners and staff who provided services at the jail. The jury determined that the company and most of the defendants acted with deliberate indifference to the patient’s medical needs.

According to court documents Dr. Breggin testified that restarting the patient on his regular dose of the SSRI antidepressant Paxil 30 mg, despite a hiatus of least four days without the medication, was a direct cause of the suicide later on the same day. He explained further that the patient had difficulty several years earlier when starting the medication, even though the initial dose was only 10 mg. Restarting him on Paxil 30 mg, when most of the drug was out of his system caused akathisia (agitation with hyperactivity) and suicide. He also found that the doctor and the psychologist were negligent in several other ways, including their failure to evaluate the patient and to order careful monitoring.

Paxil (paroxetine) is a selective serotonin reuptake inhibitor (SSRI) antidepressant. All antidepressants can cause suicidal and homicidal behavior, especially those that routinely cause stimulation or activation, including akathisia, agitation, insomnia, disinhibition, emotional lability, hypomania, and mania, and a general worsening of the patient’s condition. Of all the antidepressants, Paxil was the only one to show a statistically significant association with suicide in depressed adults in the short and deeply flawed clinical trials used for FDA approval of the drug. Dr. Breggin has written about the subject of medication-induced suicide in his book, "Medication Madness: The Role of Psychiatric Drugs in Cases of Violence, Suicide and Crime," as well as in other books and numerous scientific articles.

Dr. Breggin bolstered his testimony with numerous scientific citations according to the trial documents. The judge qualified Dr. Breggin as an expert in psychiatry, psychopharmacology and the specific drug Paxil. In the trial, other experts testified concerning the nursing care and administrative policies of the healthcare provider, as well as the violent method of Mr. Barbaros' death by gagging himself.

Dr. Breggin commented, “This case illustrates the growing understanding within the judicial system and the public arena that psychiatric drugs can cause people to act in harmful ways that are contrary to their character and normal behavior. The verdict confirms the significant body of scientific evidence indicating that psychiatric drugs can cause violence and suicide.” Dr. Breggin also warned, “It is especially dangerous when starting, changing the doses or stopping psychiatric medication, and that medication withdrawal should be done carefully with experienced clinical supervision.”

The attorney for the plaintiff was Brian Chacker of Philadelphia. The case is Ponzini et al. v. Monroe County et al., case number 3:11-cv-00413, in the U.S. District Court for the Middle District of Pennsylvania in Scranton.