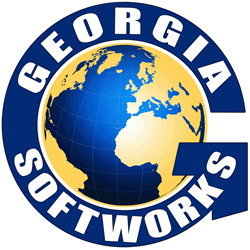 Georgia SoftWorks announces the addition of Jason Swint to the GSW Telnet Server and SSH Server Team. Swint has many years’ experience managing Information Technology Systems, building websites, and working in the network security fields. His role at GSW focuses on the technical support and web development departments.

Georgia SoftWorks is a software development company located in Dawsonville, GA (USA) and has received global recognition for its development of the industrial grade GSW Telnet Server for Windows and SSH Server for Windows. The GSW software is used in thousands of data collection environments around the world and has end users and resellers on every continent except Antarctica. GSW software is used in almost every industry, including automobile factories, airlines, soft drink manufactures, pharmaceutical companies and more.

“Jason’s skill set will be a great addition to our team,” said Johnny Douglas of GSW. “We are happy to have him as a part of our crew.”

Swint owned his own web development company for several years, then went on to work in Contract Services, where he provided on-call support and crisis response for major business clients, as well as repairing laptops, smartphones and tablets for customers. He most recently was the Director of Management Information Systems for a company in North Carolina, where he hired, trained and managed staff responsible for delivering IT services to 17 service locations. He managed the security of all network equipment and data, and implemented hardware changes and updates when necessary. He has a thorough background involving Windows, Windows Server, Active Directory, Network Planning, Firewalls, Hardware and Software troubleshooting and Web Application Development.