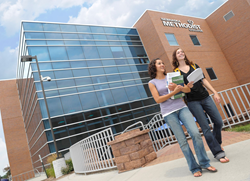 Many in our community are of the mistaken assumption that lead poisoning is a problem that we’ve moved past, but the scandal in Flint, Mich., and the results I’ve seen with my own eyes show that there’s still work to be done.

Following a morning press conference on Monday, Oct. 24 featuring Congressman Brad Ashford, Nebraska Methodist College (NMC) will host a luncheon and block party designed to bring further awareness to the work being done for those impacted by hazardous lead in the Omaha community.

Through a partnership with Omaha Healthy Kids Alliance (OHKA) and the Douglas County Health Department, students and faculty have spent months conducting tests of those children deemed most at-risk for lead poisoning, providing a bridge to get them the assistance they need.

Congressman Brad Ashford hosts a 10 a.m. press conference from one of the very homes affected by lead poisoning, a home that has been transformed into a safe environment thanks to the work of these groups. The press conference officially kicks off the Lead Free in Five campaign sponsored by the OHKA.

Following the press conference, a luncheon at Nebraska Methodist College will feature Michelle Miller, Deputy Director of the Office of Healthy Homes and Lead Hazard Control, as the keynote speaker. She will discuss the issue of lead poisoning on the national stage and the example being set here in Omaha. She will be followed by representatives of various groups all focused on making Omaha a lead-free community.

Later in the evening, Sherman Elementary School is the site of a block party made possible by Nebraskans for Civic Reform. A variety of community organizations is on hand to offer free food, entertainment and prizes for adults and children alike. NMC’s own Mobile Diabetes Center will provide lead testing and other services, including diabetes screening, glucose monitoring and more.

“For months, we’ve been working with truly fantastic people throughout Omaha who really care about the wellbeing of these kids,” said Echo Perlman, assistant professor and coordinator of the Nebraska Methodist College lead testing initiative. “Many in our community are of the mistaken assumption that lead poisoning is a problem that we’ve moved past, but the scandal in Flint, Mich., and the results I’ve seen with my own eyes show that there’s still work to be done. We need to make sure this issue never gets overlooked, as the results can be catastrophic to a child’s long-term health.”

Children and families of Sherman Elementary and other nearby schools are all invited to take in the block party from 5 to 7 p.m.