Author Abera Geberemariam's Newly Released “The Endless Bitter Journey” Is The Life Story Of A Man Who Overcame Many Obstacles In His Quest For God's Path.

“The Endless Bitter Journey” from Christian Faith Publishing author Abera Geberemariam is the true and powerful story of finding enlightenment through adversity and having peace amidst insanity. 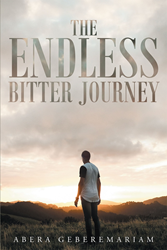 “The Endless Bitter Journey”: a riveting account of one life lived to the fullest. “The Endless Bitter Journey” is the creation of published author, Abera Geberemariam, the Ethiopian dissent who migrated to USA twenty-one years ago using the diversity visa program set up by the American government. The author decided to write this book after he was about to be pronounced dead during a liver transplant. He survived the operation and feels it was a miracle from the Lord. Currently, the author is translating one of three books he wrote while in his country of origin, from his native language Amharic to English.

Published by Christian Faith Publishing, Abera Geberemariam’s new book is the fantastical story of a life lived to the fullest, in honor and service of God's greatness.

Geberemariam elaborates, “When we left the court room, I turned my face away from my girlfriend to appear as if I was disappointed about the court decision to the people around us and walked to my car without paying attention to her. Truly speaking, that day was an unforgettable day for the rest of my life. Because of that case, I became sandwiched between my job and girlfriend.
The risk I took and the role I played to bring the outcome of the case to happen that way and the action I took was never attempted and even was unthinkable in the history of mankind. Ever since I began struggling with military government directly and indirectly to be discharged from the force, the road I traveled on was dangerous and might make my life miserable or even end my life. And yet, amazingly, I got every one of my problems under control. For some reason, there was no time I could recall where I kneeled down to an obstacle that was in my way. And also, there was no time that I can remember where I was free from problems in my lifetime; it was as if I was born for it. It was not because of that that I had special powers to avoid problems in my way; it was because of the fact that my dear Lord was by my side, keeping me under his shadow, removing all the obstacles in my way. With the grace of my God, I have been pulled out of the grave and kept alive in order to testify his miracles to the people.”

View a synopsis of “The Endless Bitter Journey" on YouTube.

For additional information or inquiries about “The Endless Bitter Journey”, contact the Christian Faith Publishing media department at 866-554-0919.