Experienced executive will serve as an advisor to CEO Shawn Mills and his management team as they expand the company’s services, products, locations and investor base 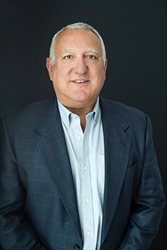 I believe Green House Data is well-positioned for future success. I’ve watched them begin to step on to the national stage, and am excited to work with the team in an executive capacity.

Cheyenne, WY – DATE – Green House Data, a leading cloud hosting and colocation provider, today announced the appointment of Sam E. Galeotos to the role of Executive Chairman of the Board. A board member since April of 2014, Mr. Galeotos’ expanded position will fill a key leadership role as the company continues to execute on its acquisition, national expansion, and client growth strategies.

Mr. Galeotos has served in a number of executive leadership positions throughout his career including President and CEO of Galileo International, a leading travel global distribution services (GDS) company. While with Galileo he concurrently led Cendant Corporation’s Travel Distribution Services division comprised of nine affiliated brands generating in excess of $1.5 billion in annual revenues with operations in over 100 countries. Other positions held by Mr. Galeotos have included CEO of strategic distribution and travel services at Cendant Corp.; President and CEO of Cheap Tickets, Inc. based in Honolulu, Hawaii; Co-CEO of Worldspan Travel Information Systems of Atlanta, Ga.; and leadership positions at Delta Air Lines and DatasLink Business Systems, a subsidiary of Delta.

A native of Cheyenne, Wyoming, Mr. Galeotos earned a bachelor’s degree in Business Administration with majors in Accounting and Management Information Systems from the University of Arizona, and is also a graduate of The Wharton School's Advanced Management Program at the University of Pennsylvania. He currently resides with his family on a ranch near Cheyenne, Wyoming.

Throughout his career, Mr. Galeotos has believed strongly in supporting community initiatives. He has served with the Boys & Girls Club of Cobb County, Georgia, the United Way of Metropolitan Atlanta, and the Georgia 100 Women’s Mentoring Program. He was selected as a “community hero” to carry the Torch for the 1996 Olympic Games. He has continued his community service in Southeast Wyoming, serving with boards such as the Boys & Girls Club of Cheyenne, Wyoming State Travel and Tourism, Cheyenne Regional Medical Center, the University of Wyoming College of Business Advisory Council, Cheyenne Frontier Days, Holy Apostles Orthodox Christian Church of Cheyenne, and the Greek Orthodox Metropolis of Denver.

As Executive Chairman of Green House Data, Mr. Galeotos will serve as an advisor to CEO Shawn Mills and his management team as they expand the company’s services, products, locations and investor base.

“I believe Green House Data is well-positioned for future success. I’ve watched them begin to step on to the national stage, and am excited to work with the team in an executive capacity,” said Galeotos. “As a board member, I am familiar with the company’s growth potential, and look forward to adding value in a more hands-on capacity.”

“We selected Sam for this role because of his experience leading high-performance teams,” said Shawn Mills, President and CEO of Green House Data. “He is an exceptional leader with a great track record, as demonstrated in the numerous corporate, non-profit, and charitable enterprises he has been associated with. We look forward to a great partnership and welcome Sam to our management team.”

ABOUT GREEN HOUSE DATA
Green House Data operates eight cloud and colocation facilities across the United States, all powered by renewable wind energy and supported by a 15 Minute Hear from a Human℠ SLA. Key industry segments include finance, healthcare, media, and technology.