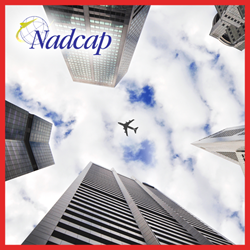 Nadcap is recognized as the international quality assurance standard for Special Processes used in the aerospace and defense industries. Nadcap’s distinguished list of subscribers includes Airbus, Boeing, General Dynamics, General Electric, Lockheed Martin, Messier-Bugatti-Dowty and United Technologies to name a few. Suppliers desiring to perform special process for any subscriber in support of the aerospace or defense industries must obtain accreditation which is no small undertaking. ETFN obtained each accreditation after the initial audit (no further audits required) which is a testament to Ellwood’s commitment to quality and strength of management.

Ellwood Group Inc. is a privately held growth oriented company with nine separate business units. All of its business units are non-union and have a strong focus on safety, quality and reliability.