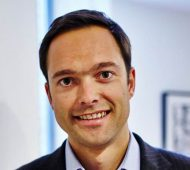 People are very responsive to herd behaviour. We don’t like to be part of a minority. So for the first nudge, we made it clear that 95% of people pay their taxes

De Neve has been collaborating intensively with the Ministry of Finance in Belgium over the past year to rework their tax reminder letters. He experimented with randomised ‘behavioural nudges’ by sending nine different versions of the letters out to of Belgian taxpayers. ‘We used a control letter, and eight different variants,’ said De Neve. ‘The first big intervention we made was to simplify the letter, by taking out a lot of technical information that simply isn’t relevant to the everyday person. Then we put a red box in the upper middle of the letter which stated exactly how much tax the individual owed and we also made it more personal, by including the individual’s name.’

As well as simplification and personalisation, De Neve introduced some behavioural nudges. ‘People are very responsive to herd behaviour. We don’t like to be part of a minority. So for the first nudge, we made it clear that 95% of people pay their taxes, which introduces a pressure to join in with the social norm.’

Another variant De Neve used was to ‘reverse the active choice’. He explained that ‘a lot of people when they see a tax reminder think “it’ll be fine to put it off and they’ll just chase me up some more.” But in this letter we tried to swap the default outcome, so the letter states that not paying now or within 48 hours will be seen as an active choice to not comply.

Once the letters launched, De Neve discovered that a ‘strong penalty message’ produced the best results. ‘We calculated that non-compliance leads to some 209 Euros of late interest payment,’ he said, ‘and this was clearly stated within the letter.’ A variant that detailed what the recipient’s tax money would be used for came a close second.

The experiment was a resounding success, boosting tax compliance by 18.6 million Euros with 1 million Euros saved in administrative costs. Belgium’s finance minister said it was a ‘double win. The letters become more readable and the collection of taxes happens faster.’

For further information or to speak with Jan-Emmanuel De Neve, please contact the press office: