On Saturday, November 12, University of Massachusetts Minutemen Marching Band Director Thom Hannum will receive the 2016 George N. Parks Leadership in Music Education Award from the National Association for Music Education and Music for All at the Bands of America Grand National Championships in Indianapolis. 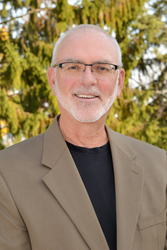 George Parks always wanted his students to first and foremost be outstanding members of society. Thom Hannum is no different.

The National Association for Music Education (NAfME) announced that Thom Hannum, University of Massachusetts Associate Director of the Minutemen Marching Band and Director of the Marimba Band and Marimba Ensemble program, is the recipient of the 2016 George N. Parks Award for Leadership in Music Education. Thom will receive the award during the Opening Ceremony at the Bands of America Grand National Championships in Indianapolis on Saturday, November 12, 2016.

“The George N. Parks Award honors an exemplary music educator who embodies the characteristics and leadership that Mr. Parks showed his students every day,” said Michael J. Blakeslee, executive director and CEO of NAfME. “The recipient must have a collaborative spirit, dedication to knowing the students as people, perseverance and enthusiasm, and an ability to instill qualities in students beyond the musical. NAfME is greatly pleased to present Thom Hannum with this year’s honor.”

“George Parks always wanted his students to first and foremost be outstanding members of society. Thom is no different,” said Hicksville High School (NY) Band Director Chad Wyman, both a former student and current colleague of Thom Hannum. “Through his unequalled passion for his students to achieve musical success, Thom instills a great sense of responsibility and maturity.”

Thom Hannum has long been regarded as one of the nation’s foremost percussion arrangers, instructors, and clinicians having presented numerous seminars and workshops throughout the United States, Canada, Europe, and Southeast Asia. In 2009 Mr. Hannum was recognized by the University of Massachusetts, receiving the prestigious Distinguished Teaching Award. He is a product consultant and clinician for the Avedis Zildjian Cymbal Company and Vic Firth Sticks & Mallets where he has developed several Signature Series drumsticks and keyboard mallets. Thom is an active member of the Percussive Arts Society where he serves on the Marching Percussion Committee.

Mr. Hannum is currently on the design team and the percussion director for the Carolina Crown Drum & Bugle Corps. He is also known for his work with the DCI World Champion Cadets of Bergen County and Star of Indiana, and is a member of the design team for the Tony and Emmy Award Winning show Blast. In the summer of 2001, Mr. Hannum was selected for induction into the DCI Hall of Fame, and in 2008 he was inducted into the World Drum Corps Hall of Fame. Mr. Hannum is also a member of The Cadets and the Crossmen Hall of Fame.

Developed by NAfME and Music for All, the award is named for George N. Parks (1953–2010), director of the University of Massachusetts Minuteman Marching Band at the University of Massachusetts Amherst from 1977 until his death. Considered a national authority on drum majoring, he led the George N. Parks Drum Major Academy®, a summer workshop program for high school drum majors. View past recipients here.

Music for All logo