In honor of Veterans Day, House Doctors would like to recognize the House Doctors franchisees who are veterans as well as all our nation’s veterans for their service and sacrifice. 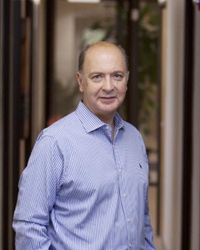 The leadership skills, business acumen and service mindset our veterans learned in the military make them wonderful business owners to work with. As a company, we just want to say ‘thank you’ to our veterans and to all those who have served.

When veterans leave military service, they are equipped with a wide range of training and experience that can be useful in many fields – but especially in business ownership. In honor of Veterans Day, House Doctors would like to recognize the House Doctors franchisees who are veterans as well as all our nation’s veterans for their service and sacrifice.

"House Doctors is proud to have so many veterans in our ranks and Veterans Day is a great time to recognize not only their service to their country, but also their service to their communities. The leadership skills, business acumen and service mindset our veterans learned in the military make them wonderful business owners to work with. As a company, we just want to say ‘thank you’ to our veterans and to all those who have served,” House Doctors President and CEO Jim Hunter.

House Doctors’ experienced, insured, background checked and uniformed technicians specialize in repairs for carpentry, sheetrock, windows, doors, floors, minor electrical and minor plumbing, as well as interior and exterior home maintenance services, and remodeling projects. House Doctors’ friendly and experienced craftsmen and technicians – employed at franchises throughout the country – are committed to providing an excellent customer experience by being on time, doing the job right and guaranteeing the work for one year.

As of this November 2016, approximately 20 percent of House Doctors franchises are veteran owned. One of franchises – House Doctors of Colorado Springs – is co-owned by two Air Force veterans, Al Cazares and Su Crocker.

“The military gives you a great background in discipline, organizational skills, leadership, people skills… many of the things you need to run a successful business. When you franchise with House Doctors, you have the added support and structure of the corporate office as well as the network of other franchisees in the system. It’s a powerful combination,” Cazares said. “Before we signed on to franchise with House Doctors, we attended the annual convention and met five or six of the other franchise owners who are veterans within the company. There’s something about working with people who value your background and understand what you bring to the table that makes a difference.”

“Plus Colorado Springs is a huge military community and my wife Su and I, both veterans, are pleased to be able to serve our fellow veterans through House Doctors,” he added.

“Franchising is a good fit because, as veterans, we are already comfortable working in a team to achieve a successful outcome within a constrained environment while focusing on the welfare of the workforce as a primary focus. The structure of a franchise is something we’re already accustomed to using in a different way,” Antolovich said.

Prior to opening House Doctors of Hardin County in Kentucky, Antolovich served in the United States Army for 35 years with more than 24 of those years in Special Operations and the last 17 years as a Command Sergeant Major. He served 36 months in support of contingency operations overseas and countless months of tours of temporary duty prior to 9/11 advancing freedom wherever he was called. He said other veterans looking to franchise with House Doctors should seek mentorship before making a decision.

“The road to success is already paved so you can find mentors – including other veterans – you can trust to help and guide you along the way. As a veteran, you’ve already proven you can be a leader within a system and the values you learned in the military can be applied to the House Doctors system,” Antolovich said.

Another House Doctors franchisee and veteran, John Hall, served in the United States Army for 32 years before retiring from his position as an Army Colonel in August of 2015. During his time in the military, Hall led organizations that ranged in size from as few as 10 people to more than 500 people. His last 10 years included multiple combat tours in Iraq, two tours in the Pentagon as a Middle East policy advisor to the Chairman of the Joint Chiefs of Staff, and two years as an Assistant Professor of Strategy and Policy at the National War College in Washington D.C.

“I opened House Doctors of Springfield in Springfield, Virginia, because I saw this business as a way to combine my lifelong love of home improvement with my desire to serve my local community – particularly senior citizens and veterans. In the military profession, reliability, integrity, values and a commitment to excellence are an essential component of one’s service. Likewise, the planning and organizing skills, asset management, leadership and problem solving skills developed throughout years of military service have been tremendously useful as a business owner,” Hall said.

“House Doctors is good for veterans because it provides the basic framework and models for running the business, but it is flexible enough to allow the owner to tailor the business to meet local circumstances and requirements. Much like the military principle of ‘Mission Command,’ the House Doctors model provides owners with what they need to do, but let’s us determine how to do it,” Hall added.

For more information on House Doctors or to find a location near you, call 888-HOUSE-DOC or visit http://housedoctors.com. For those looking to franchise, House Doctors does offer a military discount.