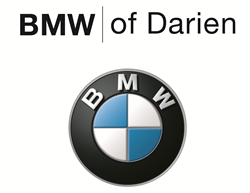 “Steve’s level of professionalism is a dying craft. Very few people left in this industry take the time to learn their customers’ needs,” says the General Manager, Matt Cosgrove.

BMW of Darien is poised to celebrate the 40th anniversary of employee Steve Kozlowski on November 15, 2016. Mr. Kozlowski , a BMW salesman, began his career in the automotive business in 1975 as a salesman in Greenwich. In November of 1976 after meeting Felix Callari, he made the move to what was then Continental BMW of Darien and 40 years later remains a dedicated salesman for the Callari Group and BMW of Darien. “Steve is a loyal and caring individual,” states Tommy Samperi, General Sales Manager.

“We are so happy to celebrate Steve’s 40th anniversary with Callari Auto Group.“I have worked with Steve for 17 years, and he has an enviable relationship with his clients and it is the key to his success. He has been with us for so many wonderful years, that now he is selling cars to the children and grandchildren of his first clients from years ago,” commented Flavia Callari, Vice President of Callari Auto Group. In an industry that sees a lot of employee turnover, Mr. Kozlowski’s relationship with the dealership and his customers certainly stand out as something to celebrate. “Steve’s level of professionalism is a dying craft. Very few people left in this industry take the time to learn their customers’ needs,” says the General Manager, Matt Cosgrove.

Mr. Kozlowski credits his success and longevity with BMW of Darien to the passion he has for his clients and the cars he sells. Over the years the automobile industry has evolved, becoming more technical and the cars more powerful, and these changes are what keeps the business alive for Mr. Kozlowski, always learning and growing himself. Asked about his goals for the future and Steve says “another 40 years.” This anniversary comes on the heels of BMW if Darien receiving the award for excellence in the car delivery experience last month, the only BMW dealer in the eastern region to win this prestigious award.

BMW of Darien will host a luncheon on Tuesday, November 15, 2016 where Mr. Kozlowski will be awarded a gift of appreciation from the Callari family as a thank you for his 40 years of service and dedication to both the dealership and their clients.