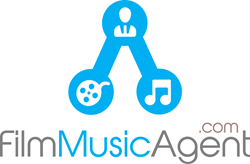 VersusMedia's networking service has been praised by filmmakers who are active in major festival markets and beyond.

For 15 years, VersusMedia has made a significant impact on the independent film industry by connecting talented filmmakers with musicians seeking new marketing channels for their music. Now, a new dedicated website for VersusMedia's Film Music Agent service is being launched at http://www.filmmusicagent.com. This site will make networking between independent filmmakers and musicians easier than ever before.

The Film Music Agent website will initially be available in seven languages (English, Spanish, Chinese, French, German, Hindi, and Khmer), reflecting the global nature of the independent market. Additional languages are likely to follow suit in the coming months, with the membership-based service delivering a unique solution that meets the needs of both filmmakers and musicians.

Ryan Vinson, the founder of VersusMedia and the brain-child behind the Film Music Agent concept, is excited about the updated website because it provides the aesthetics, functionality, and easy navigation expected from a modern website with the unique networking platform that VersusMedia has been praised for throughout the independent film industry. Promising musicians often struggle to get enough exposure for their music, and independent filmmakers face issues in finding talented artists that don't charge exorbitant fees. This website will help to eliminate these issues for both parties.

“The new site sticks to the same general principle as the old one, but we needed an upgrade to make it even easier for filmmakers and musicians to directly communicate. I wanted to create an improved website that meets the requirements of both mobile and traditional web browsers. Filmmakers can post about projects that they need music for, and musicians can directly respond to these listings. The idea is that both parties can work out a suitable agreement between themselves and move forward. This means less time wasted by filmmakers trawling the web for talented musicians, and more time spent creating and innovating.”

The new website is part of a broader strategy by VersusMedia that provides support for artists behind-the-scenes, while also helping to promote their material to a wider audience. The Film Music Agent website achieves the former aim, while VersusMedia's cord cutting channels, which were launched earlier this year, help to achieve the latter aim. The on-demand channels are available on Roku, Android TV, Amazon Fire TV, and Xiaomi Mi Box, and they feature a plethora of music videos and movies produced by independent artists.

VersusMedia's networking service has been praised by filmmakers who are active in major festival markets and beyond in countries including India, New Zealand, Australia, Sweden, England, and Mexico. The launch of the new site will cater to a global market, with the company listing projects including high-budget independent feature films and smaller student movies.

About VersusMedia
VersusMedia has been helping independent filmmakers work with musicians since 2001. To check out the new website, visit http://www.filmmusicagent.com. If you'd like to find out more about the cord cutting channels, go to http://www.versusmedia.tv