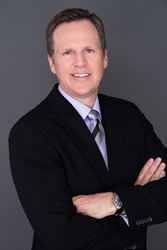 Gun violence remains a high-priority issue in the United States, as it is responsible for thousands of injuries and deaths each year. Yet, statistically, Americans are much more likely to be a victim of a drug overdose than a firearm assault.

Beyond these death tolls, guns and drugs led to many injuries and hospitalizations. Gunshots caused 81,034 nonfatal injuries in 2014, while poisonings from drugs and other toxic substances caused 1,474,055 injuries.(2) The data doesn’t specify what proportion of those poisonings were drug overdoses. However, another report tracked drug-related emergency department (ED) visits in 2011 and found that nearly 2.5 million ED visits resulted from drug misuse or abuse—including over 1.4 million visits linked to pharmaceuticals and nearly 1.3 million related to illicit drugs.(4)

“Gun violence remains a high-priority issue in the United States, as it is responsible for thousands of injuries and deaths each year. Yet, statistically, Americans are much more likely to be a victim of a drug overdose than a firearm assault,” noted Kent Runyon, Compliance Officer and Vice President of Community Relations for Novus Medical Detox Center. “Those who do not use illicit drugs or misuse pharmaceuticals may downplay that risk; but if children or others pilfer their prescription medications, the consequences can be serious…or even fatal.”

For example, a federal study determined that about 97.5 million American use prescription opioid pain relievers.(5) Another recent survey found that over half of patients prescribed opioids have leftover pills, and nearly half of the respondents did not recall receiving information on how to safely store or properly dispose of leftover opioids.(6) The ramifications of this are evident—of the 12.5 million Americans who misused prescription pain relievers within the past year, 53.7% said they obtained them from a friend or family member.(5)

“Education is critical in preventing both firearm and drug deaths,” asserted Runyon. “Though guns and prescription psychotherapeutics remain controversial topics, I think we can all agree that those who use them have a responsibility to safely store these items and prevent them from falling into the wrong hands. And just as gun safety classes can help prevent unintended injuries, physicians and pharmacists have a duty to educate patients on the risks and dangers inherent to prescription pharmaceuticals.”

Finally, Runyon calls for expanded access to drug treatment programs to help those struggling to overcome addiction and dependency. “Addiction is a chronic illness; and as such, it requires evidence-based treatment,” he explained. “Even those who want to give up drugs often find that the pain of withdrawal keeps them locked in a cycle of dependency. Federal, state and local governments can help address the problem by increasing funding for treatment, while doctors and pharmacists can play a vital role by identifying patients who show signs of a substance use disorder and connecting them to appropriate detox, drug rehab and recovery programs.”

Novus offers medically supervised drug detox programs that minimize the pain and discomfort of withdrawal. The Florida drug detox facility provides custom-tailored treatment plans based on proven medical protocols, including 24-hour access to nursing care and withdrawal specialists. Novus is renowned for its expertise in treating high-dose methadone cases, and is proficient in detoxing patients from other high-dose drugs just as safely, comfortably and effectively.

About Novus Medical Detox Center:
Novus Medical Detox Center has earned The Joint Commission’s Gold Seal of Approval for Behavioral Health Care Accreditation as an inpatient medical detox facility. Licensed by the Florida Department of Children and Families, Novus provides safe, effective alcohol and drug treatment programs that are based on proven medical protocols and designed to minimize the discomfort of withdrawal. The facility is located on 3.25 acres in New Port Richey, Florida, in a tranquil, spa-like setting bordering protected conservation land. Intent on proving that detox doesn’t have to be painful or degrading, Novus set out to transform the industry by bringing humanity into medical detox with individually customized treatment programs and 24/7 access to nursing care and withdrawal specialists. Today, Novus is renowned as a champion of industry standardization and a staunch advocate of patients fighting to overcome substance use disorders. Frequently recognized for its contributions to the industry and local community, Novus has become a regular source to media publications such as The Wall Street Journal and USA Today, and has ranked in the Tampa Bay Business Journal’s Fast 50, the Florida Business Journal’s Top 500 and the Inc. 5000 list of America’s fastest-growing companies. For more information on Novus’ medically supervised detox programs, visit http://novusdetox.com.