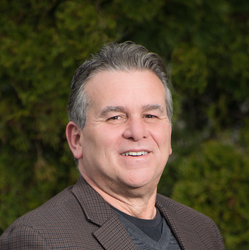 “In his short time at Jones & Vining, Charlie has not only ushered in tremendous sales growth but also been a catalyst for substantial operating and marketing changes that will benefit this company for years to come.

Jones & Vining, worldwide leader in the development of footwear components and the only remaining U.S. volume last company, announced it has promoted Executive Vice President Charles Liberge to President, effective November 7, 2016. Liberge joined the company as Executive Vice President of Sales and Marketing in August 2015. In the late nineties, he was hired to relaunch the iconic Earth footwear brand and was able to usher in dramatic sales growth in 11 countries over a two-year period.

“In his short time at Jones & Vining, Charlie has not only ushered in tremendous sales growth but also been a catalyst for substantial operating and marketing changes that will benefit this company for years to come,” explained CEO Lee Goldberg. “We are proud to name him President.”

The company’s new brand centric approach, combined with the ability to offer a full line of components and Liberge’s wealth of industry experience and relationships are the keys to the company’s recent success. Rather than simply focusing on a customer’s single component need, Jones & Vining identifies and presents worldwide style trends and analyzes its individual customer’s future opportunities in the marketplace. Next, it creates prototypes to inspire the creation of concepts that will successfully stand out in a competitive marketplace.

“By moving away from a component sales model to a branding partner model we can be proactive in the development process, helping customers to create unique concepts, develop and maintain consistency of fit in a more demanding consumer marketplace,” explained Liberge. “And, as the marketplace continues to change and brands look to be closer-to-market, J&V is the only company in the world that provides a complete line of footwear components. From lasts to outsoles, we can deliver from concept to final product.”

Jones & Vining is a worldwide leader in the development of footwear components. It is the only company that offers a complete line of footwear components: including lasts, inserts, midsoles, and outsoles and the only remaining U.S. volume last company. The company has been crafting lasts for leading footwear companies as well as celebrities, pro athletes and politicians since 1930. Driven by a U.S. last manufacturing facility in Arkansas, an insert/outsole PU facility in Maine and full service manufacturing facilities in China, Vietnam and Indonesia, Jones & Vining’s holistic approach to footwear development ensures consistency of fit, comfort and quality for major footwear brands. Since 1985, Jones & Vining’s Industrial Molding division has produced products for industries including sporting goods, toys, electronics, automotive, medical and construction. Visit the company at Jones & Vining.