New partnerships with the University of Texas at Austin and other regional universities, announced this week by the U.S. Army Research Laboratory, establishes ARL South, giving ARL a physical presence in the region and enhancing the Army lab’s growing global science and technology ecosystem. 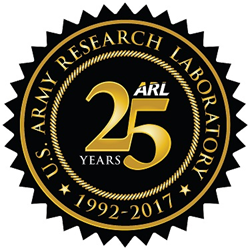 ARL South will enable...collaboration with ARL’s specialized research staff and unique technical facilities as well as its understanding of Army technology needs.

New partnerships with the University of Texas at Austin and other regional universities, announced this week by the U.S. Army Research Laboratory, establishes ARL South, giving ARL a physical presence in the region and enhancing the Army lab’s growing global science and technology ecosystem.

Like ARL West, established with its headquarters at the University of Southern California in April 2016, ARL’s latest facility, ARL South, will leverage regional expertise and facilities throughout the south central region to accelerate discovery, innovation and transition of science and technology in support of the Department of Defense’s Third Offset Strategy and the Army of 2050.

Nationally, ARL is tapping regional resources in hopes of gaining knowledge and expertise from intellectual markets that have been under represented as a means to quicken the technology maturation process to allow the Army to maintain technology overmatch in critical areas.

ARL South was announced Wednesday morning at ARL’s open house at the Adelphi Laboratory Center in Adelphi, Md. As part of ARL’s Open Campus program, ARL South will expand upon materials technology and other research through co-location and close collaboration.

“Through the Open Campus framework, ARL scientists and engineers collaborate side-by-side with visiting scientists in ARL’s facilities and similarly as visiting researchers at collaborators’ institutions. Now with the announcement of ARL South, this will be expanded to the University of Texas at Austin and other regional institutions,” said Dr. Philip Perconti, acting ARL Director.

“Central to the research collaborations is mutual scientific interest and investment by all partners.”

Perconti said the global academic community, industry, small businesses and other government laboratories benefit from this kind of engagement through “collaboration with ARL’s specialized research staff and unique technical facilities as well as its understanding of Army technology needs.”

The initial focus areas of ARL South will be primarily materials and manufacturing including additive manufacturing, biosciences, energy and power. Research in cyber sciences and intelligent systems will also be included.

“ARL’s plan is to locate research staff at key locations in the U.S. such as the south central region. This extension of ARL to the Nation’s innovation hubs will allow us to establish new relationships with other researchers in academia and industry,” Perconti said.

“UT Austin is excited to serve as host for Army Research Lab’s new ARL South outpost as it forges connections with our campus and with universities in the region,” said Dan Jaffe, vice president for research at UT Austin.

“We look forward to joining together to create new knowledge that can produce the technologies that continue to give our armed forces the advantages they need to succeed in their future missions. Already, several groups of UT Austin scientists and engineers are working together to map out their collaborative activities.”

While the headquarters for ARL South will be located at University of Texas at Austin, ARL research teams will be present at a number of other regional institutions. ARL plans to leverage research focused on solving non-military applications and adapt them for Army and DOD use.
-----
The U.S. Army Research Laboratory is part of the U.S. Army Research, Development and Engineering Command, which has the mission to provide innovative research, development and engineering to produce capabilities that provide decisive overmatch to the Army against the complexities of the current and future operating environments in support of the joint warfighter and the nation. RDECOM is a major subordinate command of the U.S. Army Materiel Command.