A new study by PsychTests.com uncovers traits to look out for when hiring new employees or evaluating current staff members, including manipulativeness, vindictiveness, and deception. 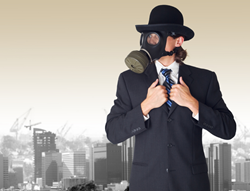 Toxic employees’ unscrupulous behavior is detrimental to the well-being of other staff members and the success of the company as a whole.

While toxic employees may still get work done well, they affect the atmosphere of the entire team.

Some employees look great on paper. They’re accomplished, well-educated, and have all the technical skills needed to do the job. But “vindictiveness” and “deception” won’t be listed under their job skills; “disdain for rules” won’t be covered in their accomplishments; and “antagonist” will not be in their job title.

Employees with a toxic personality may be hard to spot in an interview, but a study conducted by PsychTests indicates that there are certain core traits that toxic employees tend to display that can make the office a very unpleasant environment.

Analyzing data from 997 people who took their Integrity and Work Ethics Test, researchers at PsychTests looked at the most prominent traits that set toxic people apart from the rest of the population. Among the 17 traits assessed, these are the top six most toxic characteristics:

(Note, scales range from 0 to 100. The higher the score, the stronger the trait.)

Cunningly opportunistic, toxic individuals will immediately seize the chance to take advantage of a situation or a person (especially if they are vulnerable). Every move and decision they make is carefully planned, like a play in chess. Toxic employees will only help others if it benefits them in some way.

Not only are toxic employees more likely to hold grudges, they are unlikely to let slights or transgressions committed against them go unpunished. They may even go out of their way to get back at someone who wronged them, like a colleague who is competing with them for a promotion, or a manager who gives them a bad performance review.

Toxic employees can influence people to achieve their own ends by preying on their weaknesses or toying with their emotions. They are not opposed to using guilt-tripping, intimidation or downright blackmail to achieve what they desire.

Toxic individuals often take pleasure in seeing others fail, especially enemies or competitors. They feel vindicated when someone who has wronged or crossed them gets a taste of their own medicine or becomes a victim of misfortune.

Toxic employees have little sympathy for people who don’t think for themselves and who believe everything they hear. And given their opportunistic nature, toxic individuals may be more likely to take advantage of people who can be easily fooled. In their view, “the fools” had it coming or are basically asking to be exploited.

Toxic employees tend to dislike overly emotional people, and often interpret a lack of emotional discipline as a sign of weakness. Toxic managers may have little sympathy for employees who are going through a difficult time or struggling with a challenging project.

“With more and more companies adopting a “no reference” policy, it can be difficult to get a clear picture of what an employee is really like. Accomplishments and good grades may indicate ambition and discipline, for example, but they won’t tell you whether a person is tactful, kind, or a team player,” explains Dr. Jerabek, president of PsychTests. “This means that employees with problematic and toxic traits will slip through the cracks. Companies will only find out how detrimental a person is to team morale and camaraderie once this individual starts working with other people. It may take months for someone to show their true colors, as people tend to be on their best behavior for a few months after being hired. It takes a number of incidents before people really cue in – and even then, management may fail to take action until other staff members file a complaint, especially if they turn in excellent work. But while toxic employees may still get work done well, they affect the atmosphere of the entire team … their colleagues’ focus often shifts from performance and quality control to licking their wounds and airing their grievances. The cost of toxic attitudes and behaviors is tremendous.”

Want to assess your level of honesty and integrity? Go to http://testyourself.psychtests.com/testid/3977

Employers need to be careful about who they hire, whether it’s an entry level employee or a manager.These are the traits that differentiate toxic people from the rest of the population.