In early 2017, the nation's first tablet-based vehicle emissions and safety inspection program will begin in Missouri. 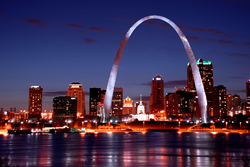 Worldwide Environmental Products, Inc., a private California-based company, has been awarded the contract with the State of Missouri, Department of Natural Resources for the Gateway Vehicle Inspection Program. After a competitive bid process, the official notice of award was published by the State on September 6, 2016, and the proposed solution from Worldwide Environmental Products, Inc. has been chosen for the State of Missouri.

Over the next few months, all licensed inspection stations in the Gateway Vehicle Inspection Program will be provided with a completely new inspection system which has been designed to increase the efficiency and effectiveness of vehicle inspections while providing inspectors with a user-friendly, rugged mobile inspection solution. Worldwide’s initial contract with the State will last for a period of four (4) years, with renewal options for up to an additional three (3) years.

The State of Missouri’s award to Worldwide was upheld after the State’s previous contractor, Opus Inspection, filed a protest of the State's award. Worldwide Environmental Products, Inc. received the “Notice to Proceed" with the contract on October 26, 2016. The award comes after the State initially awarded a contract for the Gateway Vehicle Inspection Program to Worldwide in August 2015. However, after a protest of the State’s procurement process was filed and upheld, the award to Worldwide was cancelled and an updated procurement was released by the State. After a second competitive bid process, the proposal submitted by Worldwide was again selected by the State as the most favorable solution for the Gateway Vehicle Inspection Program.

For over thirty years, Worldwide Environmental Products, Inc. has been a leader in designing and providing innovative, high-quality vehicle emissions and safety inspection solutions. From highly-rated hardware and software to advanced database applications and hosting, to vehicle diagnostic training and turnkey I/M program management, Worldwide has earned and maintained a strong reputation for its expertise in providing long-term, successful vehicle inspection solutions.