Morehouse College will use a grant from United Negro College Fund to help students explore careers and find jobs after graduation. The grant is part of an effort to curb the unemployment and underemployment rates for graduates of HBCUs nationwide. 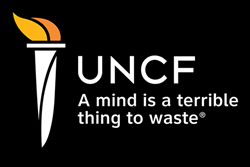 I would like to thank UNCF for their continued support of our efforts to produce top graduates that are able to compete in a global marketplace.

Morehouse College will receive a $1.25 million grant from UNCF (United Negro College Fund) to support an initiative that will provide students with the training, mentoring, and work experience necessary to make them highly competitive for jobs after graduation.

Morehouse was one of 24 colleges and universities to be named as grant recipients Monday by officials at UNCF. The five-year grants for the institutions represent a $35.3 million investment in students across the country through the UNCF® Career Pathways Initiative (CPI), a transformative effort to design and implement programs to improve employment outcomes for graduates.

The UNCF Career Pathways Institute (CPI), made possible through a grant from Lilly Endowment Inc., is a pilot program for select historically black colleges and universities (HBCUs) and predominantly black institutions (PBIs) that are working to enhance the career readiness of their 54,000 enrolled students. Many of these students are from low-to-moderate income families, and will be the first in their families to earn college degrees. They receive federal financial aid to pursue their undergraduate studies, UNCF officials said.

Morehouse College was selected as a grant recipient after submitting a proposal that reflects its commitment to strengthening career advising and mentoring, enhancing curricula, and supporting integrated co-curricular engagement. As part of CPI, the selected institutions will develop a range of academic programs, student internships, industry partnerships, specialty certifications, and faculty development as they forge a new model for career readiness, UNCF officials said.

“I would like to thank UNCF for their continued support of our efforts to produce top graduates that are able to compete in a global marketplace,” said Morehouse President John Silvanus Wilson Jr., ’79. “The grant will help us to enhance our systems that support students as they navigate the career exploration process.”

UNCF launched CPI in December 2015 through a rigorous and competitive multi-phased grant process that targeted 87 eligible public and private HBCUs and PBIs. In the first phase, UNCF made planning grants to 30 institutions. In the final phase, UNCF has chosen 24 colleges and universities for implementation grants. Of those schools, 15 institutions will receive individual awards ranging from $1 million to $1.5 million. Nine of the institutions have been selected for three cluster grants, in which each cluster of three institutions will collaborate intentionally to achieve their shared outcomes. Each cluster will receive up to $6 million.

Morehouse College will use the grant funds to launch an initiative that will target students in their first academic year and support them on their path to graduation, graduate school, and the workforce. The project will begin with the opening of the Office of Career Development and Engagement, a collaborative between Academic Affairs and Student Development that will support and engage students of all majors and career interests. The new office will provide a variety of services needed for a successful job search, including advice from certified career coaches, professional development workshops, entrepreneurship guidance, graduate and professional school test preparation, and online career identification databases, among other services.

About Lilly Endowment Inc.
Lilly Endowment Inc. is a private philanthropic foundation created in 1937 by three members of the Lilly family—J.K. Lilly Sr. and sons J.K. Jr. and Eli—through gifts of stock in their pharmaceutical business, Eli Lilly and Company. Although those gifts remain the financial bedrock of the Endowment, the Endowment is a separate entity from the company, with a distinct governing board, staff and location. In keeping with its founders’ wishes, the Endowment supports the causes of community development, education and religion. Although it maintains a special commitment to its hometown, Indianapolis, and home state, Indiana, it does support efforts of national significance particularly in the field of religion and on an invitational basis disaster relief and recovery efforts and programs that enhance higher education opportunities for African Americans, Latinos and Native Americans across the country. More information can be found at http://www.lillyendowment.org.

About UNCF
UNCF (United Negro College Fund) is the nation’s largest and most effective minority education organization. To serve youth, the community and the nation, UNCF supports students’ education and development through scholarships and other programs, strengthens its 37 member colleges and universities, and advocates for the importance of minority education and college readiness. UNCF institutions and other historically black colleges and universities are highly effective, awarding nearly 20 percent of African American baccalaureate degrees. UNCF awards more than $100 million in scholarships annually and administers more than 400 programs, including scholarship, internship and fellowship, mentoring, summer enrichment, and curriculum and faculty development programs. Today, UNCF supports more than 60,000 students at more than 1,100 colleges and universities across the country. Its logo features the UNCF torch of leadership in education and its widely recognized trademark: A mind is a terrible thing to waste®. Learn more at UNCF.org, or for continuous news and updates, follow UNCF on Twitter, @UNCF and #UNCFCPI.