For the first time in over 30 years, the French Air Force’s Patrouille de France jet demonstration team will perform in the United States – at the 2017 Melbourne Air & Space Show, April 1-2, at the Melbourne (Fla.) International Airport. 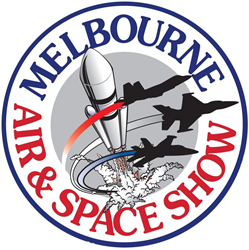 For the first time in over 30 years, the French Air Force’s Patrouille de France jet demonstration team will perform in the United States – at the 2017 Melbourne Air & Space Show sponsored by Northrop Grumman, April 1-2, at the Melbourne (Fla.) International Airport.

The Patrouille de France, or French Aerobatic Patrol, is to the French Air Force what the Thunderbirds are to the U.S. Air Force, who will also be performing at next year’s show.

“We’re thrilled Patrouille de France will be with us, April 1-2,” said Bryan Lilley, President of the Melbourne Air & Space Show. “The team is based at Salon Air Force Base in France and will spend the month of April in the U.S. performing at only two air shows. So, this will definitely be something people will not want to miss.”

In 1931, France's first aerobatic demonstration took place over Étampes-Mondésir. The demonstration was performed by the instructors from the local flying school. Following that, the team performed through 1939 under the command of Captain Pierre Fleurquin, receiving considerable praise. During that time, they were chosen to represent France at international events until the onset of World War II.

In 1947, following the end of World War II, the Minister for the Air created an aerobatic team from the Air Force. Led by Captain Perrier, a former pilot from the Patrouille d'Étampes team of the 1930’s, it initially consisted of 12 aircraft. As their popularity increased, a number of similar units were formed within the Air Force. In 1952, a team of four F-84 aircraft was formed and then in 1953, during an air show at Maison Blanche in Algeria, the show's commentator, carried away by the spectacle he had just witnessed, gave the team the name "Patrouille de France."

Over the following decade, four separate French Air Force aerial display units continued to perform at both national and international events. In 1964, budget cuts led to reductions throughout the French Air Force, including the dissolution of all the aerial display units. A few months later, keen that the Patrouille de France name should not be lost, the Ministry of Defence decided to create an official "Patrouille de l'École de l'air." Its team of six Fouga Magister aircraft were stationed at Salon-de-Provence Air Base and became France's premier aerial display team for the next 16 years.

The final display involving the Fouga Magister was a nine aircraft team and took place on September 16, 1980 at their home base of Salon-de-Provence. They were replaced by seven Alpha Jets, with an additional plane added in 1982. The eight Alpha Jet team has remained unchanged to this day.

Sponsorship opportunities and corporate hospitality packages are available for the 2017 Melbourne Air & Space Show. Premium viewing and VIP tickets are on sale now at special intro pricing and additional volunteers are needed to support the event. More information is available online at http://www.airandspaceshow.com. Or, follow the show on Facebook for the latest information.