Houston Bakery Reflects on 2016, a Year of Giving 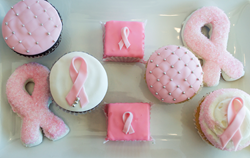 “My dad and his brothers, founding brothers of Three Brothers Bakery and Holocaust survivors, know the struggle of real hunger, and believe no one should be without food," said Bobby Jucker, bakery co-owner and fifth generation baker.

For the past 68 years, Three Brothers Bakery has been fortunate to serve, meet and develop relationships with countless generous organizations throughout the greater Houston community, a time-honored tradition shaped by the bakery’s giving spirit. This year, the bakery continued their partnerships with charitable organizations like Star of Hope, Susan G. Komen Houston and Camp for All.

“My dad and his brothers, founding brothers of Three Brothers Bakery and Holocaust survivors, know the struggle of real hunger, and believe no one should be without food. Vistaprint’s generous donation helped us continue our work to feed the homeless in Houston,” said Bobby Jucker, bakery co-owner and fifth generation baker.

This year also marked the fourth year bakery co-owner Janice Jucker has served on the board of Susan G. Komen Houston. She is a 10-year breast cancer survivor and continues to spread the message about breast cancer prevention and treatment. The bakery sold pink-ribbon themed treats in October for Breast Cancer Awareness Month, with a portion of the proceeds going directly to Susan G. Komen Houston.

The bakery also served and donated bakery items to Camp for All’s annual Camp Culinary Challenge event. The organization is committed to creating communities for children and adults living with challenging illnesses.