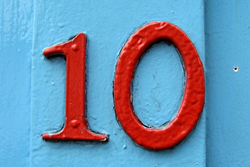 Founded in 1914, Carnegie Council has earned a reputation as an honest, objective voice for ethics in international affairs.

In a year that will be remembered as era-defining, Carnegie Council's most popular 2016 podcasts and web resources focused on Asia, Russia, human rights, technology, and the fight against terrorism.

Check out all these free resources at http://www.carnegiecouncil.org/publications/picks/0059.

2) Beyond a New Cold War? International Security and the Need for U.S.-Russia Cooperation
Stephen F. Cohen; Jack F. Matlock; John Pepper; William vanden Heuvel; David C. Speedie
The U.S. must stop its demonization of President Putin, according to members of this distinguished panel. Syria, Ukraine, the UN, nuclear weapons: compelling reasons why the U.S. and Russia must work together. (February 2016, audio, video, and transcript)

4) The Industries of the Future
Alec Ross, Joanne Myers,
Driverless cars, designer babies, crypto currencies, cyber warfare, pervasive "sousveillance" that erodes our privacy, often with our consent—what are the upsides and downsides of this brave new world? Alec Ross, who is neither a utopian nor a dystopian, expertly guides us through it. (March 2016, audio, video, transcript, and TV show)

5) Japan's Politics: A Move toward Nationalism or more of the Status Quo?
Sheila A. Smith, Devin Stewart
Was Prime Minister Abe's landslide victory in the July elections a vote of confidence in his ability to jump-start Japan's stagnant economy, or simply a desire for stability? Will he use his majority to revise Japan's constitution? What is the mood of the country today, especially among young people? (July 2016, audio and transcript)

1) Rethinking U.S. Strategy Towards China
Joshua Eisenman
"To improve U.S. policy towards China to avoid, and yet be prepared for, conflict requires going beyond simplistic applications of international relations theory. It means opening the 'black box' of China's policymaking process to understand why it makes the decisions it does and how this process has changed and is changing." (Article, January 2016)

2) The Symbiotic Relationship between Western Media and Terrorism
Javier Delgado Rivera
Mass media and terrorism have become ever more intertwined in a mutually beneficial relationship often described as 'symbiotic.' This column examines that dynamic and outlines the need for news organizations to balance the public's right to know against the ability of militants to exploit news coverage to promote their beliefs. (Article, May 2016)

3) What Does Singapore Owe its Migrant Workers?
Matthew Sacco
In Tuas View, an industrial neighborhood in Singapore, migrant workers have little reason to leave their buildings. They live in a 15,000 square foot dormitory, where they enjoy fitness centers, movie theaters, food courts, and even a beer garden. Take a closer look, however, and a darker reality emerges. (Article, February 2016)

4) Southeast Asia—The Islamic State's New Front?
Joshua Kurlantzick
From Bangladesh to the Philippines, the Islamic State's efforts to win over South and Southeast Asians have been substantial and have increased over the past two years. What have been the results across the region, home to the largest number of Muslims in the world? What does the future hold? (Article October 2016)

5) Top Risks and Ethical Decisions 2016
Ian Bremmer, Devin Stewart
Eurasia Group's Ian Bremmer discusses the top political risks for 2016 and gives a stark warning for the year ahead. "This is very likely to be the most dangerous year of geopolitical risk we have experienced since we started this process." (January 2016, audio, video, transcript, and TV show)