Allied: Expansion of the Panama Canal Is a Game Changer for Nation’s Commercial Development

Allied Steel Buildings foresees revenue from the expansion driving the next big wave of development in Panama. 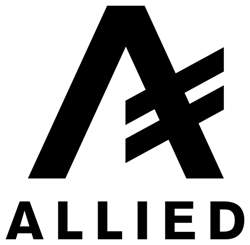 Allied now has close to 60 projects in the country, totaling more than 400,000 square feet, and recently opened an office there.

With increased commerce, Panama will continue to grow a highly skilled workforce, which will act as a catalyst for continued upward social mobility for the Panamanian people.

Today the international trade community is celebrating the long awaited inauguration of the expansion of the Panama Canal. Allied Steel Buildings, a leading global builder in the steel construction industry, views the canal expansion as a game changer that will usher in the next big wave of commercial development and economic prosperity for the country.

In the mid 2000s, Allied saw an opportunity on the horizon in Panama, which offered low barriers to entry and a welcoming business community. Allied delivered their first project in 2008, as part of the ground-breaking Panama Pacifico development, which built a new city from a wasteland of bunkers and barracks (formerly the Howard Air Force Base). Allied now has close to 60 projects in the country, totaling more than 400,000 square feet, and recently opened an office there.

“The globalization of Panama has created a great deal of opportunity for multinational companies, since the expansion of the Canal in 2007,” explains Lassner. “In less than a decade, we’ve witnessed - and thanks to our partners, taken part in - the impactful development of this country. Lands once barren, have given rise to expansive facilities owned by some of the largest corporations in the world.”

According to The World Bank, Panama has been one of the fastest growing economies worldwide in the past decade. The Panamanian economy grew by an average of 6% in the last two years and forecasted growth remains at a steady 5.9% for the remainder of 2016.

“Opportunities will continue to grow as revenue from the Panama Canal Expansion makes an even larger economic impact,” says Lassner. “We will see more airports, schools, retail, and small to medium businesses develop. With increased commerce, Panama will continue to grow a highly skilled workforce, which will act as a catalyst for continued upward social mobility for the Panamanian people.”

Allied Steel Buildings, is a recognized leading supplier of high-quality engineered building systems. With more than thirteen years of experience, the company has developed over 4,000 projects in 64 countries, delivering building solutions for numerous industries; from aviation and commercial, to equestrian and industrial. One customer and one building at a time.