Manhole manufacturer Sewper Cover is speaking out on the tragic death of a Boston woman in the hope that more cities will implement its life-saving technology. 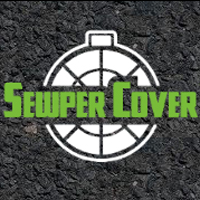 A manhole cover is just an access portal. It's a door. How many doors, whether it's in a car, truck, house, cabinet, wherever, how many doors have you opened in your life that didn't have a fixed hinge?

On Feb. 12, 2016, 35-year-old Caitlin Clavette, a schoolteacher from Boston, MA, tragically died when a manhole cover became dislodged on Interstate 93 and flew through the windshield of her car.

Now, Houston-based manhole company Sewper Cover is trying to raise awareness of its hinged manhole product, which is specifically designed to prevent such tragedies.

Rather than using short-lived cast iron or concrete, Sewper Cover uses a Fiber Reinforced Polymer, or FRP/Composite. These heavy-duty, non-metallic composite materials offer enhanced durability that can withstand both the elements and the harsh, corrosive sewer environment, helping cities avoid tragedies like the one in Boston.

"A manhole cover is just an access portal. It's a door. How many doors, whether it's in a car, truck, house, cabinet, wherever, how many doors have you opened in your life that didn't have a fixed hinge? Most likely zero. Our cover has a double hinge," says Eric Dupre, VP of Operations and Technical Advisor at Sewper Cover.

"Basically, if enough force came out to force it open, it would swing open like a door on a hinge, 180 degrees, but it wouldn't shoot up and kill anybody. Better a hole in the ground then a manhole fly in the air and kill somebody."

Many municipal leaders with the country's largest sewer systems have already reached out to Sewper Cover for more information on this technology, which Dupre calls a "no brainer" decision for city planners. However, the company has bigger goals, and they firmly believe that these manholes should be in every city across the nation.

"We have about 20 million manhole covers in the United States, and at this point, a very, very small fraction, far less than .001% have this type of safety feature. Many people assume the weight of the cast iron or concrete will hold the manhole in place. And sadly, more city engineers are going to find out the hard way that weight isn't enough," says Dupre. "It's a bad assumption, and engineering should never be predicated off assumptions. Our product resolves that very problem, and we truly believe it could save lives moving forward."

By bringing awareness of this technology directly to municipal leaders, Dupre hopes that it will become the new normal for manhole covers in the United States. Currently, about half of the 20 million manholes throughout the country are near or past their service life design.

Additionally, Dupre said that many of these manhole covers were made in the 19th century and have not been inspected for years, let alone replaced. Even worse, there are virtually no regulations or inspections to keep track of corroded manholes, putting public health and safety at a higher risk each year. Instead of being proactive, some municipal leaders are trying to be reactive when it comes to enhancing their infrastructure, which is a recipe for disaster.

The entire company is working tirelessly to spread word of this technology, and they hope that others will help them do so as well.

Sewper Cover is a Houston, Texas-based manhole cover manufacturer. The company’s non-metallic, composite covers and rings remove the problem of corrosion right out of the equation. The covers wear longer, look better, and can even be customized with logos and covers -- the perfect solution for municipalities everywhere. For more information, please visit sewpercover.com or call 888-506-0822.