Each year CSUSB Invites Children, Young Adults and Individuals of all ages with disabilities both physical and intellectual, to experience a myriad of activities having equal and inclusive access to sports for enhancing motor, social and communications skills for improving overall health and well-being. The Blind Judo Foundation once again spearheaded Judo with seasoned coaches not only for the blind and visually impaired but as a sport for all disabilities. 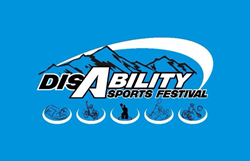 “To laugh often and much; to win the respect of intelligent people and the affection of children… to leave the world a better place… to know even one life has breathed easier because you have lived. This is to have succeeded.” Ralph Waldo Emerson

Over five years ago, Howard Brodwin, Principal of Sports and Social Change and Associate of the Blind Judo Foundation introduced the work and mission of the Foundation to Dr. Aaron Moffett, Professor of Kinesiology and creator of the DisAbility Sports Festival at California State University at San Bernardino.

Each year the Blind Judo Foundation is invited by Dr. Moffett and staff to participate in the DisAbility Sports Festival by introducing Judo to all attendees. “This year was the largest number of attendees interested in the sport of Judo,” said Head Coach, Sensei Walter Dean.

Other coaches supporting the Festival included Sensei Gary Goltz, a longtime friend of the Blind Judo Foundation who not only provided the video which is a part of this Press Release but encouraged and worked with attendees on the mat.

One such attendee was 28-year-old Edgar Cabachuela. Edgar was born blind at one pound, gravitated to Judo just over a year ago after the Blind Judo Foundation introduced him to the coaching leadership of the Industry Sheriff’s Judo Club in Industry, CA. Edgar enthusiastically attended the Festival not only for gaining experience but in support of others with disabilities.

Other Sensei’s who gave unselfishly of their time and talent to support the Festival are Jovany Varela of the Anaconda Academy; Brian Money of the Riverside Youth Judo Club who also serves the Police Activities League Youth Judo Club.

Riverside Youth Judo Club has 52 out of 200 students with various developmental disabilities who are finding Judo of rehabilitative value. “We have seen miraculous results from offering Judo to our special developing students,” say Sensei Money. He goes on to say, “We have students who have walked, run and jumped for the first time in their life in our Judo class.”

Also, check out Inclusive TV (ICTV), the first broadcasting and production company by, for and about people with disabilities.

All members of the Blind Judo Foundation are volunteers. A select few of our elite athletes go on to represent the USA as members of the US Paralympic (not to be confused with Special Olympics) Judo Team. More about the Foundation can be seen on our Facebook page. Ron C. Peck can be contacted at roncpeck(at)blindjudofoundation(dot)org or 1-425-444-8256 or Coach Willy Cahill at 1-650-589-0724, Co-Founders of the Foundation

Notice: Christella Garcia, a member of the 2016 US Paralympic Judo Team and student of Coach Willy Cahill of Cahill's Judo Academy and Co-Founder of the Blind Judo Foundation won the Bronze Medal at the Paralympic Games in Rio de Janeiro. Congratulations Christella!

Empowering the Blind and Visually Impaired Through the Sport of Judo