In a podcast that goes live today, The American Journal of Managed Care® paired Mandi Bishop, MA, the CEO of Aloha Health, with Andy Slavitt, MBA, who is finishing his tenure as acting administrator of the Centers for Medicare & Medicaid Services. Bishop asked Slavitt about the future of value-based care, the impact of MACRA, and what the new administration should expect. 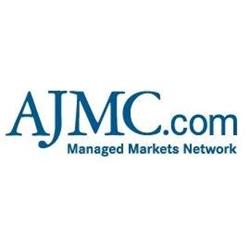 Managed Care Cast is produced by The American Journal of Managed Care.

There is absolutely nothing that a commercial payer or CMS could do which changes the capabilities of a healthcare community to provide better care unless it's already supporting cultural, clinical leadership that knows what it wants to do."

At its heart, the Centers for Medicare & Medicaid Services (CMS) is a service organization that doesn’t just create health policy, but also asks, “how do we bring the policy to the kitchen table of the American family?” CMS Acting Administrator Andy Slavitt, MBA, says in a new podcast that goes live today. (For the podcast, click here.)

Slavitt joined Mandi Bishop, MA, for a 30-minute installment of Managed Care Cast, produced by The American Journal of Managed Care.® Bishop, CEO of Aloha Health, took Slavitt through a tour of his healthcare experiences, from founding Health Allies to assist uninsured and underinsured patients, to the implementation of the 2015 Medicare Access and CHIP Reauthorization Act (MACRA), which Slavitt described as “the beginning of the next stage of the Medicare program.”

CMS is always a huge job, as the agency serves 140 million people across Medicare, Medicaid, and the Children’s Health Insurance Program (CHIP). But Slavitt’s tenure has been especially eventful: he oversaw the third and fourth rounds of open enrollment under the Affordable Care Act, and he set loose a burst of new payment models to move healthcare from a fee-for-service to a value-based system. On his watch, President Barack Obama’s administration set the ambitious goal of making 50% of all Medicare payments value-based by 2018.

Bishop observed that making healthcare policy translatable, with tools that let Americans find the best hospitals or help doctors use quality care measures, has been a hallmark of Slavitt’s tenure. “It’s really a service job,” Slavitt said of CMS. “Day-to-day service to 140 million Americans is really what unites the work we do.”

Slavitt shared his perspectives on where value-based care is headed, and offered insights for the incoming administration of President-elect Donald J. Trump:

Bishop asked how the Trump administration will address ongoing challenges, and Slavitt declined to respond. He said the new team deserved a chance to execute its vision. That said, Slavitt said, “When you’re in one of these roles … you quickly realize you work for the American public,” which means balancing concerns from across the spectrum—and taking steps to seek opinions from groups that can’t afford a lobbyist.

The Trump team, he said, “will work for us just like I work for you now, and that means they will need to hear from us about what the challenges and priorities are.”

About the Journals and AJMC.com

The American Journal of Managed Care® is the leading peer-reviewed journal dedicated to issues in managed care. AJMC.com distributes healthcare news to leading stakeholders across a variety of platforms. Other titles in the franchise include The American Journal of Accountable Care®, which publishes research and commentary on innovative healthcare delivery models facilitated by the 2010 Affordable Care Act, and The American Journal of Pharmacy Benefits. ® AJMC®’s Evidence-Based series brings together stakeholder views from payers, providers, policymakers and pharmaceutical leaders in oncology and diabetes management. To order reprints of articles appearing in AJMC® publications, please call (609) 716-7777, x 131.