ATL Communications shares information about the release which will extend the availability of one of the most effective marketing tools. The new 833 prefix will open doors for companies to utilize branded and memorable contact numbers. 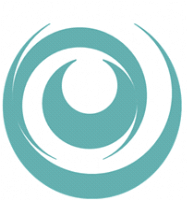 The release of a prefix is a very exciting time in the telecom and marketing industries. It creates new opportunities literally overnight.” says Brian Lynott, CEO of ATL Communications.

The Federal Communications Commission (FCC) has announced the opening of the latest toll free prefix, currently scheduled for release on April 22nd, 2017. This is an important milestone for many companies seeking branded or memorable toll free numbers otherwise unavailable until now. New prefixes are not released often, the most recent being the 844 prefix in December of 2013. The unpredictability of releases makes the timing even more significant. The timing between releases has reached or exceeded 10 years on more than one occasion.

Toll free numbers have become increasingly more popular and are considered an essential component of a company’s brand identity. Memorable numeric numbers have also gained popularity for their use in tracking marketing response, especially in channels where memorability is of utmost importance, such as radio or billboard advertising. “The release of a prefix is a very exciting time in the telecom and marketing industries. It creates new opportunities literally overnight,” says Brian Lynott, CEO of ATL Communications.

All 833 numbers will be released simultaneously and available on a first-come-first-served basis. Thousands of companies will submit preorder requests in order to have desired number(s) reserved on their behalf immediately within the first few seconds of the release. The chances of getting a quality number after the initial release will dwindle significantly. This crucial preorder service will only be provided by a small handful of reputable and capable organizations. ATL Communications recognizes this need and will be offering such a service with convenient online ordering available. In the interim requests can be made on their website at http://www.atlc.com/833request. Mark Bilton-Smith, General Manager of ATL Communications says, “We are making the process of pre-reservations quick and convenient for our clients and for any company seeking one of the new 833 numbers.”